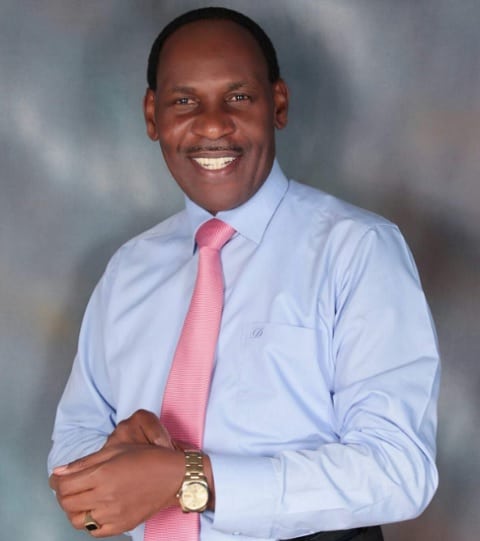 Google has confirmed it will host one of Kenya’s most outspoken anti-gay activists at its headquarters in Mountain View, California.

Ezekiel Mutua, the head of the Kenya Film Classification Board, has been on a mission to ban any content that “promotes homosexuality” in Kenya.

Ezekiel Mutua is the King of Petty 😂 pic.twitter.com/0tFAT3yM7n

Quartz reports that Mutua is best known for demanding that YouTube take down a remix of Macklemore’s “Same Love.” Although his demand was denied, YouTube flagged the video as “potentially inappropriate.”

Mutua also banned a film about Kenya’s LGBT community, a podcast co-hosted by a lesbian actor, and a gay speed-dating event in Nairobi that didn’t actually exist. He also said that Netflix is a threat to Kenya’s “moral values and national security.”

Mutua confirmed on Facebook that he has successfully received a visa in order to attend Google’s Web Rangers conference on digital literacy and safety.

A representative for Google Kenya said:

“Politicians have many questions about the internet and Google. To help answer these questions Google has a team that engages with and responds to queries from politicians and sometimes we invite them to events so they can get an understanding of the work we do.”

In June, Nairobi News named Matua “the most unpopular person in Kenya” after he called for the rescheduling of two popular TV shows from the the watershed.

"@OnyangoOnyach: Next thing we will hear is Ezekiel Mutua banning all electricians from touching naked wires!"@martin_taimoo

Convictions for gay sex in Kenya currently carry a prison sentence of 14 years.

Watch the “Same Love” remix Matua attempted to ban below.

Previous Post: « Samantha Bee Went to the Stonewall Inn During This Week’s Presidential Debate: WATCH
Next Post: The Hillary Shimmy Song is the Feel-Good Viral Video of the Campaign Season: WATCH »