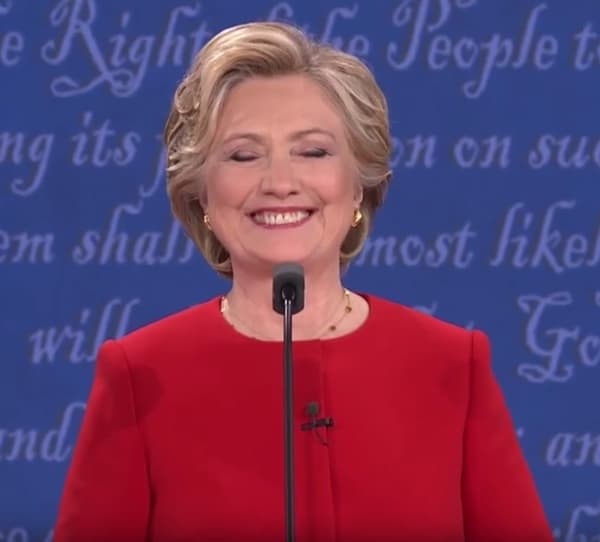 The Hillary Shimmy, which the Democratic nominee performed after a particularly aggressive and long-winded attack on her at Monday night’s debate, now has its own song, further ensuring its place in the annals of viral campaign moments.

It’s a feel-good moment in a campaign season that has had so few of them.

The song was written by Jonathan Mann, who writes a song a day: “My superpower is that I can take any idea, no matter how complex, and distill it down into a short, catchy, memorable song.”

And the lyrics, via DailyKos:

He just keeps on shouting, “Wrong!”
So I’ll get my Jim Halpert on
He is a flightless bird
I think I’ll never say another word
I’ll just be singing this song