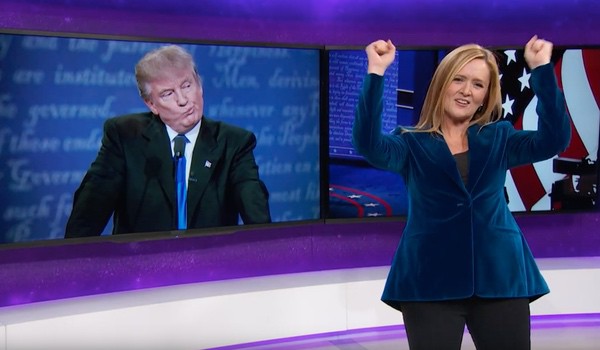 But first, her own analysis:

Bee celebrated the fact that the debate was up against Monday Night Football and actually won the night:

“For once, concussion ball was not as compelling as watching American Democracy playing Russian roulette.”

Bee noted that the debate went fine for Trump for a while, until Kellyanne Conway’s control collar stopped working: 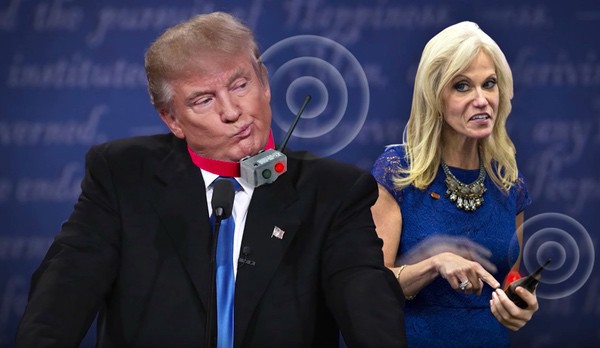 She also mocked Donald’s statement that Hillary has been fighting ISIS for her own adult life. Bee noted that she actually helped Clinton fight ISIS in 2006, in her gap year before Wellesley, and it was easy because ISIS hadn’t even been formed yet. She shared this photo: 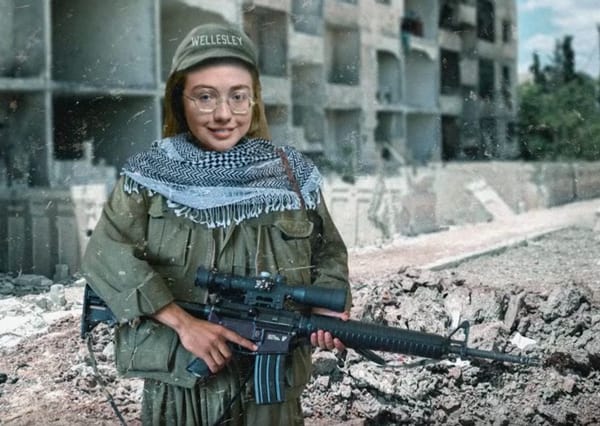 “Trump warned us that Hermione Clinton would be cheating by doing something called ‘preparing’, like some kind of busybody PTA mom overplanner. But Trump never considered the possibility that she might be a ‘Count of Monte Cristo overplanner’. She spent months building an elaborate trap for Trump and he lumbered right into it. All she had to do was step out of his way while he called a woman fat.”

Bee pointed out the answer to Trump’s question to Clinton about Alicia Machado, the former Miss Universe winner he called fat.

“Where did you find this?”

Snapped Bee: “Um, from her. And from your book. You should read it sometime. It’s about you.” 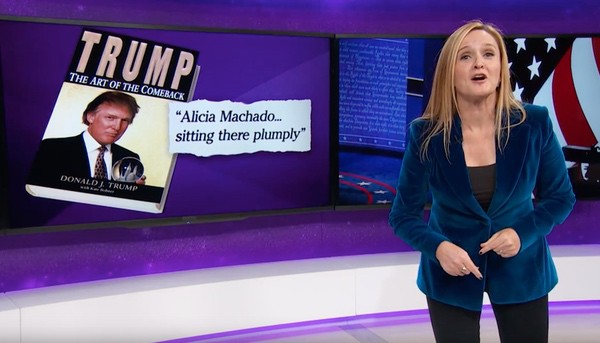 “Now you have a real problem. Not only with her, but with any women who has ever been called fat. Which is all of us. We’ve been dealing with you our whole life.”

They found out what the neanderthals at Tonic thought: that Hillary was wearing an earpiece, a pantsuit a bulletproof suit, and a catheter, and also what the ‘human gif generators’ at Stonewall thought: If Donald Trump were a drink, it would be piss.

At the end of the night, the human gif generator faced off against the neanderthal:

And well, it went pretty much as expected.

Previous Post: « Judith Light Opens in Neil LaBute’s ‘All the Ways to Say I Love You’ Off-Broadway: REVIEW
Next Post: Google Is Hosting One of Kenya’s Most Notorious Anti-Gay Activists at its California Headquarters: VIDEO »