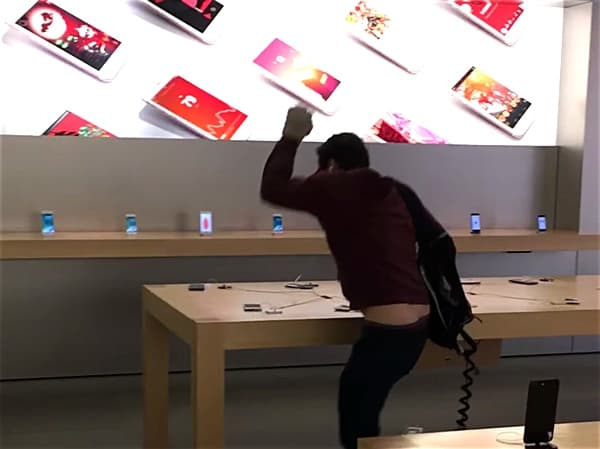 A man in France was filmed as he went on a rampage inside an Apple store, smashing dozens of iPhones, iPads, and computers before he was stopped by security and then arrested. The damage was reportedly in the tens of thousands of Euros.

In the video, he is seen going around the display tables as customers back away.

He then yells: “Apple is a company that ‘violated’ European consumers’ rights. They refused to reimburse me, I told them: ‘Give me my money back’. They said no. So you know what’s happening? This is happening!”