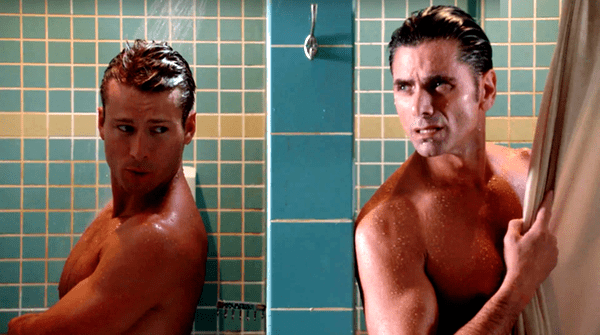 In the scene, Stamos explains the “Dateable Guy Checklist” to Powell and Powell tries to intimidate Stamos with his manhood. 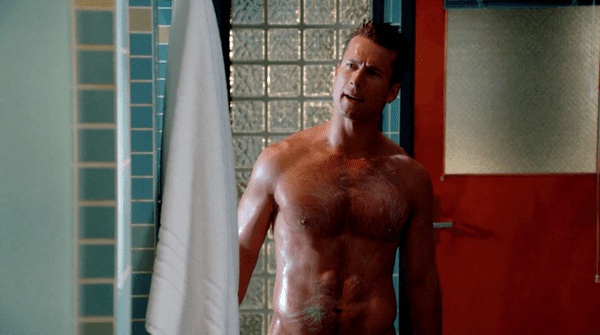 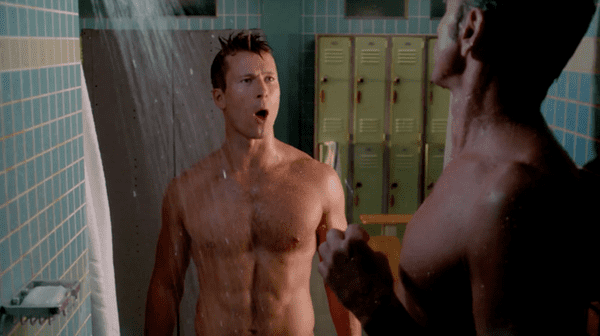 As EW notes, Stamos took to Twitter on Tuesday night to talk about the filming of the scene:

“Well yeah, it could have been awkward. It was pretty awkward, but Glen is so damn funny. I at least wore a G-string or something, but he wore a very tiny… a medium-sized sock,” Stamos said. “We laughed a whole lot. We did a lot of pushups; he likes to do pushups. He likes a lot of oil, there’s a lot of oiling up. I swear we ran out of oil on that scene.”

Stamos also posted a more revealing photo of him and Powell covering their members with a Dick’s Sporting Goods sign.

He wrote on Twitter, “‘I think our wieners just touched, accidentally.’ (was it really an accident  @glenpowell ??”

Watch the scene, below.