SUPER ICKY. Super Trump II billboard to hit Times Square. “The newest “Super Trump” animation plays for 15 seconds, with repeated showings approximately every two minutes. It will rotate with other messages for four consecutive days, Tuesday through Friday, next week.”

TONIGHT. First presidential debate: “All debates are from 9-10:30 PM Eastern and will be airing on all major networks (NBC, CBS, ABC, PBS, CNN, Fox News, Fox Business, CNBC, MSNBC, Univision, and C-SPAN) simultaneously. There will be no commercial breaks. The candidates’ microphones will not be muted at any time. The debate will consist of six 15-minute segments. The segment topics will be preselected by Lester Holt.”

LESTER HOLT. Clinton campaign demands Holt fact-checks Trump. “All that we’re asking is that if Donald Trump lies, that it’s pointed out.”

GENNIFER FLOWERS. She won’t be there. Pence: “Gennifer Flowers will not be attending the debate tomorrow night. Donald Trump was using the tweet yesterday really to mock an effort by Hillary Clinton and her campaign to really distract attention.” 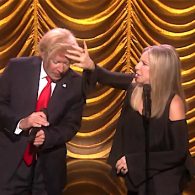 BARBRA STREISAND. Babs rips Trump in op-ed: “We cannot allow America to fall into the hands of a narcissist who has shown no regard for anyone but himself… a bigoted and misogynist reality-TV character with no political experience and no qualms about lying loudly and often. There is NO equivalency between these two candidates. Only Hillary Clinton has the skills, the knowledge, the temperament and the compassion to lead this nation.”

PALMER. Dead of complications from heart problems at 87: “Palmer, who was nicknamed “The King,” won seven major championships during his professional career, which spanned more than five decades. He won the Masters four times, The Open twice and the U.S. Open once.”

FERNANDEZ. Star Florida Marlins pitcher dead in tragic boating accident off South Beach. He was 24. “They found a boat that was up against the jetties,” Miami-Dade Fire Rescue Chief Todd Garofalo told WSVN. “They did do an initial search and they found three victims — two on top of the water, one underneath the boat and they had unfortunately passed away.” 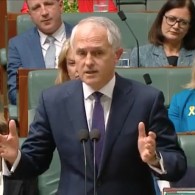 GAY WEDDINGS. Lil Wayne married two inmates in prison, according to memoir: “He describes how he playfully married off two other male inmates, and they decorated the hall with toilet tissue and toasted with 13 bottles of Gatorade. He wrote, ‘Gatorade is liquid gold in this bitch . . . Imagine seeing grown-ass men in jail hanging tissue for wedding decorations. AND one of them is Lil Wayne. Crazy.'” 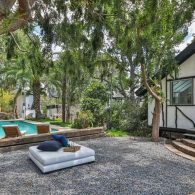 REAL ESTATE. Lady Gaga bought Frank Zappa’s former mansion in the Hollywood Hills: “Zappa purchased the property in the mid-1970s for around $75,000, and he lived, worked, and raised his family there until his death in 1993. The property remained in the hands of his widow, Gail Zappa, until she died in October of 2015, and the following June, the Zappa children — Moon Unit, Dweezil, Ahmet, and Diva — engaged in some infighting about who controls what in regards to professional usage of the family name and their father’s vast and valuable archives, at which point the compound came up for sale in a swarm of publicity with an asking price just short of $5.5 million.”

ENGAGED. Making a Murderer’s Steven Avery is engaged to a woman he has only met one time. “Despite all obstacles, and Steven’s wrongful conviction and incarceration, we plan to be married shortly after he is released.” 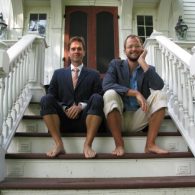 IN DEVELOPMENT. Grace: “Penned by Podell and Stewart, Grace is set in the fictional town of Grace, Missouri. It centers on a family of adult siblings whose lives are upended when their stalwart minister father reveals to his family that he is gay. Grace is described as a serialized drama, a grounded, unfolding saga of a 21st-century American family and the everyday challenges they face as members of a community and as individuals, and how their faith both guides and complicates their lives.”

WILL & GRACE. The reunion.

CLAUSTROPHOBIC. Joe Jonas and Demi Lovato were trapped in an elevator for four hours:

SNAP SPECTACLES. Snapchat gets into the hardware business with sunglasses that contain a camera. “When you slip Spectacles on and tap a button near the hinge, it records up to 10 seconds of video from your first-person vantage. Each new tap records another clip.” 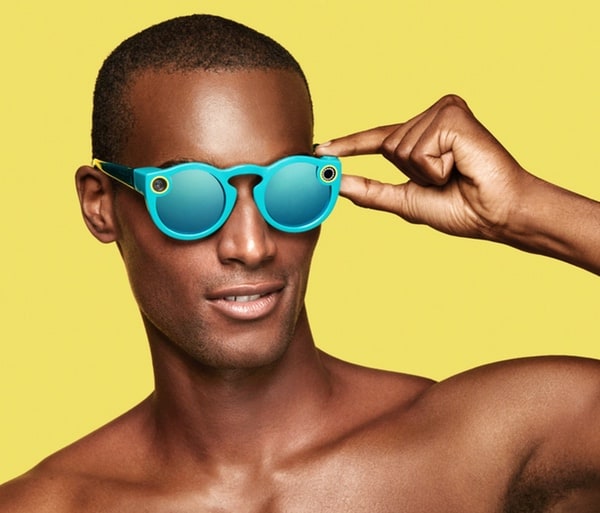 iPhone 7. Viral prank has people drilling holes in their new iPhones to create headphone jack: “The prank video shows a man drilling a 3.5mm hole into the bottom left edge of the iPhone 7 held in a vice. It points to the row of small holes on the left side that replaced the headphone socket present on the iPhone 6S and claims that drilling into the second hole on the left reveals a hidden socket.”