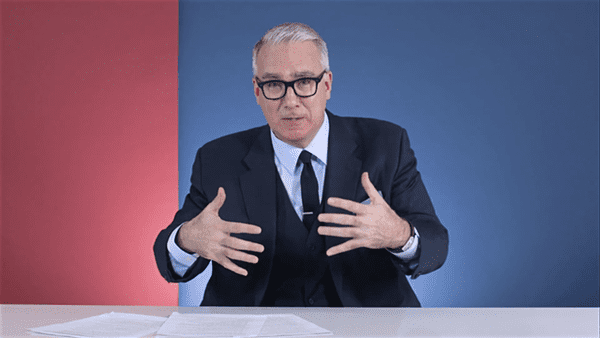 With the first presidential debate looming before us and millions poised to tune in, Keith Olbermann wants to remind America yet again why Donald Trump must never be elected president of the United States.

Olbermann returned to political punditry this year with his new GQ web series “The Closer”, the first installation of which saw him detailing 176 shocking things that Donald Trump has done during his “15-month assault on American democracy.”

However, Olbermann missed a few deplorables. It turns out that when you lie and court controversy as often as Trump does, it can be hard to keep an accurate tally. As Olbermann put it, paraphrasing Body Heat, “Sometimes the Trump comes down so heavy I feel like I should wear a hat.”

PREVIOUSLY: Keith Olbermann on Kathy ‘No Racism Before Obama’ Miller: ‘She IS the Trump Campaign’ – WATCH

Among the items you might have missed? The fact that Trump “claims that he keeps himself in good physical shape by exercise consisting of making many hand gestures while he gives speeches.”

Olbermann also covers Trump’s Birther news conference, his son’s flirtation with anti-semitism and bigoted use of Skittles to describe the Syrian refugee crisis, and of course, Hillary Clinton’s bout with pneumonia.