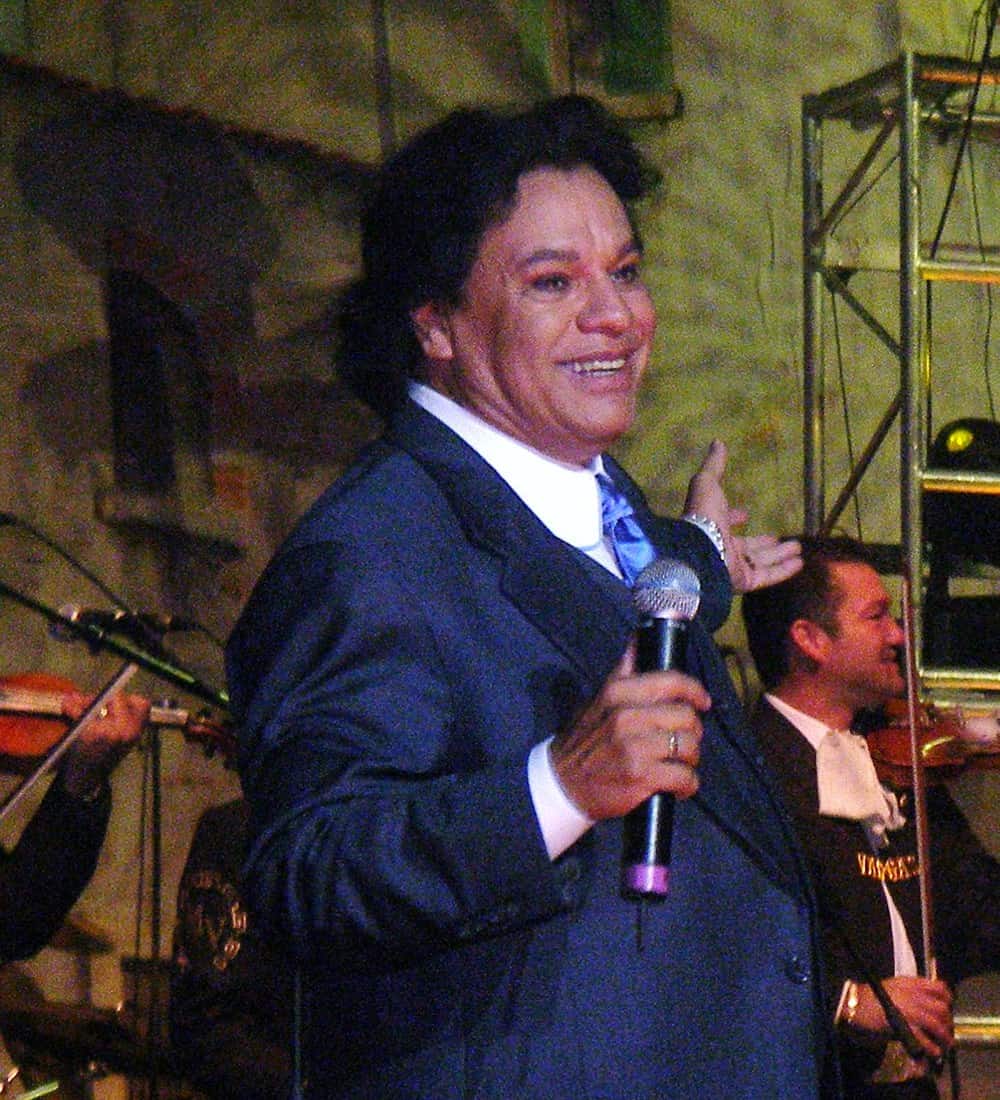 The first song I ever loved was El Noa Noa by Juan Gabriel. My mother was so obsessed with it, the title became one of my first words. As toddlers, my little brother and I danced by the record player, the only luxury for an immigrant family in Arizona, fresh from Mexico, grasping at links to the border town we left. El Divo De Juarez was from our state, looked and sounded like us, and his record was one of the few belongings we brought.

In the song, a man pleads the listener to go out dancing to a club called El Noa Noa. It’s a disco song with a country beat, the minor key make it both an invitation and lament. In Mexican pop culture, the idea of “oldies” does not exist, songs are simply passed down, so mothers and daughters, sisters and cousins have danced to that song for decades.

When my brother and I came out of the closet and moved to San Francisco, leaving our parents behind (as they had left their own parents), we packed that 45 record. Playing it as adults, we finally noticed its delicate avoidance of pronouns, the serpentine lisp, the chorus that sang of a place where things were “different.” We realized one of the most famous songs in Latin American history, played at every quinceañera and wedding, was about a gay club.

Juan Gabriel, who passed away last weekend at the age of 66, had dozens of songs that followed my brother and I throughout our lives.

They were the opening credits of telenovelas.

When new neighbors arrived from Mexico, we partied to No Vale La Pena at the start of the night and ended with Querida, when the men drank enough to let themselves feel for the one that got away and the one they married.

At my grandfather’s funeral, my aunts howled with grief at Amor Eterno.

When my uncle got divorced, I remember Ya Lo Se Que Tu Te Vas blasting while he sobbed in his car.

I watched these songs eviscerate the emotional composure of Mexican machismo all through my childhood.

Juan Gabriel was a masterful songwriter and producer but it was his voice that did it. In his seven-minute heartbreak masterpiece Hasta Que Te Conoci, it travels from feminine moans and whimpers to reach gospel heights, fusing the melisma of Spanish flamenco with Indigenous battle cries, ending in that wail. To me, it was homosexual yearning given sound.

His sexuality was never ambiguous, it was always just there, never spoken of directly, always joked about.

Our first homophobic joke was a man on TV dressed as Juan Gabriel talking about wanting to sit on a chili as my mother shifted uncomfortably in her chair. He had no girlfriends, only muses: Rocio Durcal, Ana Gabriel, Maria Felix — their campy rapport in music videos and performances the first time we saw the classic fag hag dynamic. There was the cheap reporter who, in a break with decorum, asked him if he was gay. Even though they were at eye level, Juan Gabriel looked down at the young man and in a calm tone responded “Lo que se ve no se pregunta.” What is obvious does not need to be asked. The reporter withered. It was the first time we saw shade.

Juan Gabriel was never allowed to own his homosexuality, but he never lost control of it. It was seared into his art.

To watch his decadent 1990 concert at the Palace of Fine Arts is to behold a queer artist soaring. Symphony orchestra, mariachi, choir all bowing to twenty minute versions of his songs. As soon as we could afford a VCR, my mother bought the VHS and at eleven and nine, my brother and I sat mesmerized watching our Juanga on stage in front of El Mariachi de Mexico, the very symbol of Mexican masculinity, waving a limp wrist at a fanatic audience, warning them “Don’t provoke me!” and then swinging his hips, dropping his ass to the ground, and pirouetting, all in a sparkling sequinned jacket.

Imagine what that does to two little gay boys. At that moment we knew that whatever made this man so different was not only ok, but with enough work, it could be adored.

Immigrants are forced to leave places and cultures — and so are queer people. Histories, traditions and belongings are scrubbed off until all we have is images and songs. When we weep for the death of our icons it’s a selfish grief isn’t it? The tears are for our own memories, for those links to loss, for the knowledge that their death is another signpost towards our own.

The most successful artists create vessels for these feelings and dualities. And for my brother and me, Juan Gabriel represented that duality. He was the country we left because of its poverty and homophobia, the heritage and family we sacrificed to follow our queer path.

He also represented the birth of our gayness, the development of what Harvey Milk called “fabulous emotions.” He was history, unfolding before two gay brothers, two entire countries, two cultures, two families, two existences all linked through the songs of one single gay man.

This story first appeared in 48 Hills from San Francisco

is a Mexican artist/activist and a featured Towleroad contributor. His work focuses on gay male history, sexuality and nightlife. Current projects include Blood Mirror protesting the FDA’s current ban on gay blood, as well as the recreation of 3 Eras of Gay Sex and 50 Years of Gay Male Culture. For more work, visit LeoHerrera.com and follow on Instagram.