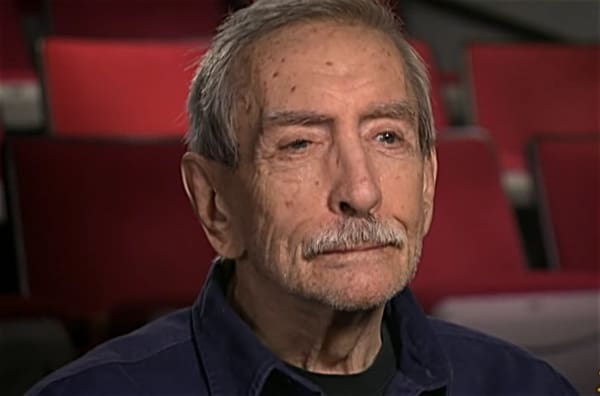 Playwright Edward Albee has died at 88.

Albee, openly gay throughout his career, was the author of Who’s Afraid of Virginia Woolf, The Zoo Story, The Goat or Who is Sylvia? and dozens of other works. He died at his home in Montauk, New York following a brief illness according to his personal assistant.

“Why would I keep it a secret. It’s my nature,” said Albee to Tracy Smith in a 2013 CBS This Morning interview, when asked about being gay.

“Did you run up against any barriers because of it?”, Smith asked.

“Well so that’s why you might want to hide it,” Smith said.

“I’m not embarrassed by it,” Albee retorted. “I’m not ashamed of it. Why should I go along with people who are idiotic?”

When asked in a New York Times interview if there’s something that people don’t know about him that he would want them to know, Albee replied:

Asked what he’d like to be remembered as, Albee said, “A useful playwright.”

“I think that art merely being decorative is insufficient. It’s to hold a mirror up to ourselves and to point out when we’re being useful and when we’re not. When we’re living fully and when we’re not. I can think of nothing worse than getting to the end of your life and figuring out that you hadn’t participated in it. That you hadn’t really lived it. I think people should live dangerously. I think they should live at the precipice all the time. And fully. Somebody said, I think it was in one of my plays, ‘When is the happiest time? Now. Always.’ Yeah, now. Always.”

Previous Post: « Dolly Parton and Pentatonix Team Up for Stirring ‘a Cappella’ Version of Her Classic ‘Jolene’ – WATCH
Next Post: NY Governor Cuomo Briefs Reporters on Chelsea Bombing: ‘Obviously an Act of Terrorism’ »