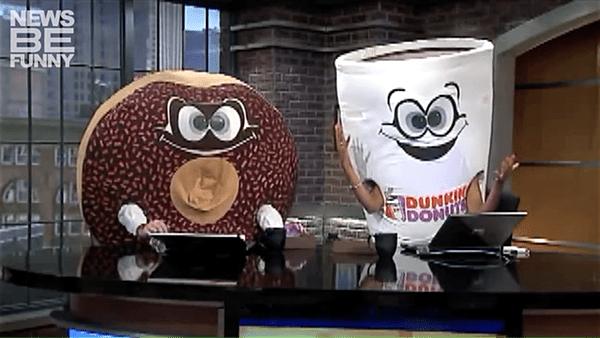 An awkward kiss, a ding-dong joke, laughing uncontrollably for no discernible reason, Colonel Sanders making an inopportune appearance, news anchors dressed as coffee and a donut, a boy getting stuck between two cows, a weatherman who’s cameraman can’t get it together, and a Trump adviser famously quipping “says who?” are all among the best news bloopers from August 2016.

Ted Baxter has nothing on these cats.

Previous Post: « Juan Gabriel was a Gay Hero to Me and My Brother, Without Ever Being Out
Next Post: Trump Immigration, ‘Demon’ Hillary, Barbra Streisand, Scream Queens, Alzheimer’s, Jason Derulo: HOT LINKS »