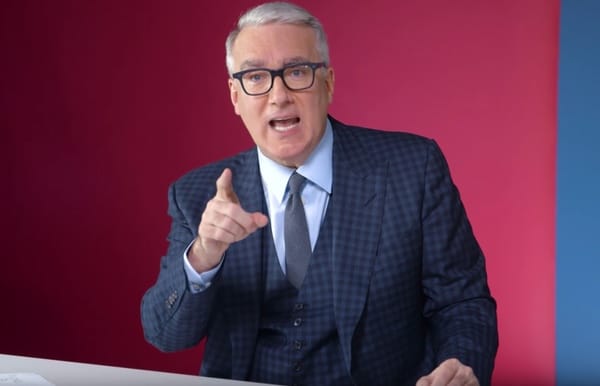 Olbermann reacts to Trump’s most recent statement suggesting that if Clinton is so against guns, she should be denied personal protection.

Olbermann then flips through a catalog of presidential assassinations and attempts throught American history.

“Enraged as you were that you had to admit to your lie about birtherism, you went out and brought up assassination the same night. To wish, to incite, to dog whistle, to do anything but repudiate and fight against physical violence against a political leader in this country is beyond despicable. With our history, with our political annals stained with the blood of everybody from Martin Luther King to Ronald Reagan to Harvey Milk. And I pity you Trump. That you have so little of humanity or decency inside you. That you could so cravenly and dismissively say it: ‘Let’s see what happens to her?'”

“The Secret Service should now take General Hayden’s cue, and you, Trump, you should be in the back of a police wagon now, being questioned. And then you know what? Let’s see what happens.”