CHARLOTTE. Protesters erupt after fatal shooting of Keith Lamont Scott. “Charlotte Mecklenburg Police Chief Kerr Putney said the department is still viewing video from the scene, though the officer involved in the shooting himself was not wearing a camera. Putney said the officer who fired the shots was in plain clothes, wearing a vest and was accompanied by uniformed officers when they approached the victim. It remains unclear Scott was pointing a gun at the officer when he was shot, Putney said. The officer was also African-American. Putney added that officers have not found a book at the scene of the shooting, contrary to social media claims that Scott was holding a book.”

DEBATE. The first Clinton-Trump debate is set for Monday and viewing predictions are staggering. “The first presidential debate between Hillary Clinton and Donald Trump promises to be the most watched ever, with an audience that could exceed 100 million people, according to experts interviewed by The Hill. ” 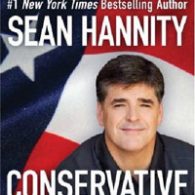 SEAN HANNITY. FOX News host told to stay out of Trump videos. Network: “We were not aware of Sean Hannity participating in a promotional video and he will not be doing anything along these lines for the remainder of the election season.” WaPo: The shout-out from Hannity comes about six minutes into the production. The entirety of the pitch is here:

One of the reasons I’m supporting Donald Trump this year is No. 1, he’s going to put originalists on the Supreme Court, people that believe in fidelity to the Constitution, separation of powers, co-equal branches of government. He’s a guy that will vet refugees to keep Americans safe. And of course he’s gonna build that wall. He says he’s gonna have Mexico pay for it. That’s fine, as long as we secure the country and of course we don’t want people competing for jobs. He said he will eliminate Obamacare, make us energy-independent. And as somebody who’s been a marksman since I’m 11 years old, protecting our Second Amendment rights are paramount to me.

MISSISSIPPI. Pioneering gay activist Eddie Sandifer dies: “Sandifer, who was 87, died of natural causes on Saturday, Dukes said. ‘He lived 17 years past what the Lord promised him.’ Sandifer’s funeral is set for noon Wednesday at Sebrell Funeral Home in Ridgeland. In 2014, Sandifer shared the story of his life with The Clarion-Ledger, acknowledging that he stole from jewelry stores in the 1960s to help contribute to civil rights causes, with some referring to him as ‘the Robin Hood of the civil rights movement.'”

ALLO. Google delivers new messaging app. Edward Snowden isn’t impressed: “A Google app that records every message you ever send and makes it available to police upon request.”

What is #Allo? A Google app that records every message you ever send and makes it available to police upon request. https://t.co/EdPRC0G7Py 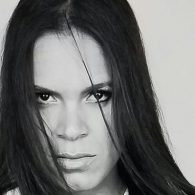 CALIFORNIA. Amanda Nunes gets 2016 Equality Visibility Award from Equality California: “When people find out how strong and powerful love is, then this world will be a better place,” Nunes said in her acceptance speech. “I want to see this happen one day. I’m going to do everything I can to support this community with a positive presence by sharing my love and showing everyone that I’m happy. My dream has come true and I want to share this with everyone and help a lot of people be themselves. I’m going to keep doing it until the world is better.”

DON’T ASK, DON’T TELL. Five predictions made by defenders of the ban that never came true.

SHUTTERING. Lesbian website AfterEllen closing after 14 years. “Here are the facts: Evolve Media purchased AfterEllen from Viacom two years ago. They gave us two fiscal years to become their LGBT property and profit in that space, and they found we are not as profitable as moms and fashion.”

GEORGE CLOONEY. CNN breaks Brangelina news to him at the United Nations, because there’s nothing more serious to talk about.

This is hilarious: @CNN broke the #Brangelina story to George Clooney… at the UN. https://t.co/TYRKOiUN4q pic.twitter.com/WWjX3kbh6l

DRIVE. Hackers take over moving Tesla from 12 miles away: “Keen Security Lab, a Chinese hacking research group, released a blog post as well as a video showing their ability to hack and control unmodified Tesla Model S vehicles in both Parking and Driving Mode.”

UK. Bouncing deer goes viral. “One of our viewers had a magical encounter this morning. Dave Mott spotted this deer on the shore at Poole Harbour at dawn while he was out walking his dog. It’s thought it’s a Sika deer that may have swum over from Brownsea Island where there’s a resident population”