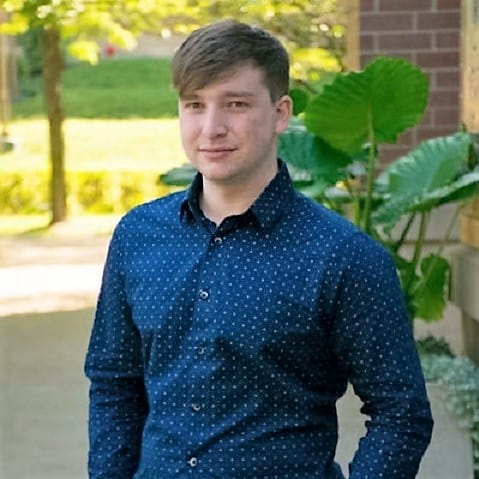 Lance Sanderson, 19, is suing his former Tennessee high school for being refused permission last year to bring another male to his homecoming dance.

Lance Sanderson is suing Christian Brothers High School (CBHS) in Memphis, Tennessee, arguing that the school unlawfully discriminated against him on the basis of his sexual orientation.

I’ve been out since my freshman year of high school, and I’ve been a great student as well as a photographer for most of my school’s events. When I first started to float the idea of bringing a same-sex date to homecoming, I was told that my school doesn’t discriminate by a school official.

But when that school official left over the summer, I was met with harsh opposition by my school. One administrator told me that even though some people interpreted Pope Francis’s teachings on the issue as meaning they should support same-sex couples, these people are, “not the authority to which Christian Brothers High School is accountable.” And now my school is making daily announcements across the whole school, saying that students can’t bring same-sex dates from other schools…

I just want to bring a date of my choice to homecoming like the rest of my friends and classmates. I’m not asking for special treatment. I’m just asking for respect, and the chance to make my last homecoming a truly memorable experience.

Despite the petition having close to 28,000 signatures to date, Sanderson skipped the dance. Days later he was sent home from school for a “cooling off” period. When he returned, he was called derogatory names by other students and eventually opted to complete his senior year at home.

Sanderson is seeking up to $1 million from CBHS citing breach of contract, intentional infliction of emotional distress, negligent training and a violation under Title IX of the 1972 Education Amendments, NBC reports.

Proud to stand by Lance Sanderson and his family in pursuit of justice and equality. https://t.co/9t93xa1Vsm

Howard Manis, one of Sanderson’s lawyers, said that because the school receives federal funding and also potentially state funding, it is “responsible for following the letter of the law under Title IX.”

“As a private school, CBHS held itself out to be nondiscriminatory with regard to sexual orientation. In our eyes, it seems very clear those were hollow words. They were not interested in treating [Sanderson] the same as other students.”

Now a college freshman at DePaul University, Sanderson said “I hope they don’t do this to anyone else in the future and that other schools that try to abide by similar philosophies don’t do this to their students. I really don’t want anyone else to go through what I went through this year.”

Watch a FOX report from last year below.

Sanderson sent the following letter to the school’s administration after being suspended last year:

Today I arrived at school around 6:30am. I sat down to complete my assignments for the classes I planned on attending today. At 7:30am, I was speaking to a teacher when an administrator walked into the room and told me to gather my books and come to the office.

When I arrived at the office I was told that the administration “had 890 other students to worry about” and could not deal with me. I was told to go home for the week. I said goodbye to a few teachers and students, then drove home.

I am hurt by this exclusion. It goes against the Lasallian value of brotherhood that the school is supposed to stand for. You won’t let me dance with my date and you won’t let me go to class now either. I had hoped that today would be one for positive conversation going forward. Instead, I was sent home.

I haven’t done anything wrong and haven’t hurt anybody. I want to be welcomed back to the school building today and I want this mean-spirited semi-suspension ended, so that I can do my classwork like anybody else.

As Martin Luther King, Jr. once wrote from a Birmingham jail cell: “Let us all hope that the dark clouds of prejudice will soon pass away and the deep fog of misunderstanding will be lifted from our fear drenched communities, and in some not too distant tomorrow the radiant stars of love and brotherhood will shine over our great nation with all their scintillating beauty.