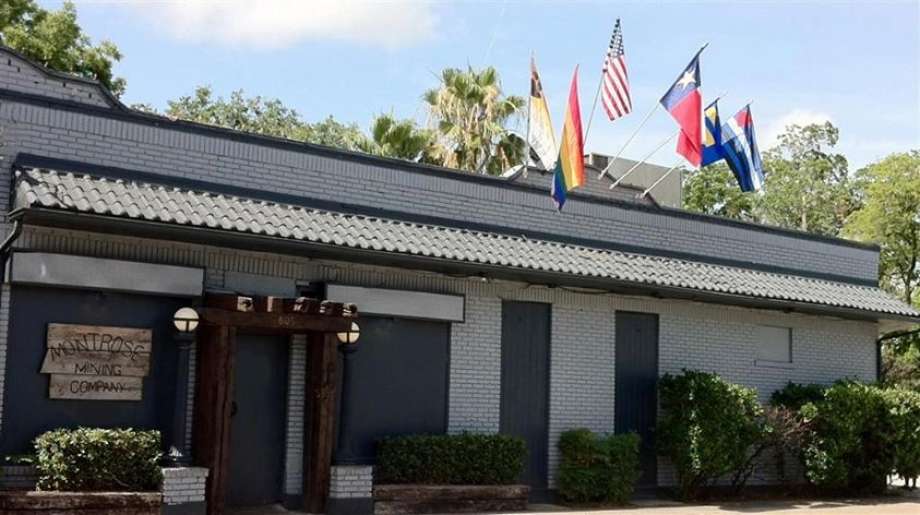 The Montrose Mining Company, which opened in 1978 and was Houston’s oldest operating gay bar, has closed.

During the 1970s throughout the 1980s, and 1990s the Montrose Mining Company was visited by guests from around the world.

None of this would have been possible without The Mining Company’s staff and each of your support. Again, THANK YOU Houston for an amazing 36 years!

It opened 3/25/78, but there’s gay bar history at the 805 Pacific Street location before that. In January 1977 Uncle Charlie’s opened as a combination restaurant and bar, though its ads gave the impression the restaurant part was phased out as it later billed itself as “Houston’s Newest Cruise Bar,” and it lasted just over a year. But before that….ads in gay publications in February 1975 showed the Pacific Street Station at that address, not sure if it stayed in business until Uncle Charlie’s took over the space. And, there is one more, by late 1970 The Tattooed Lady was in that location.

Check out the Mining Company’s grand opening ad below. 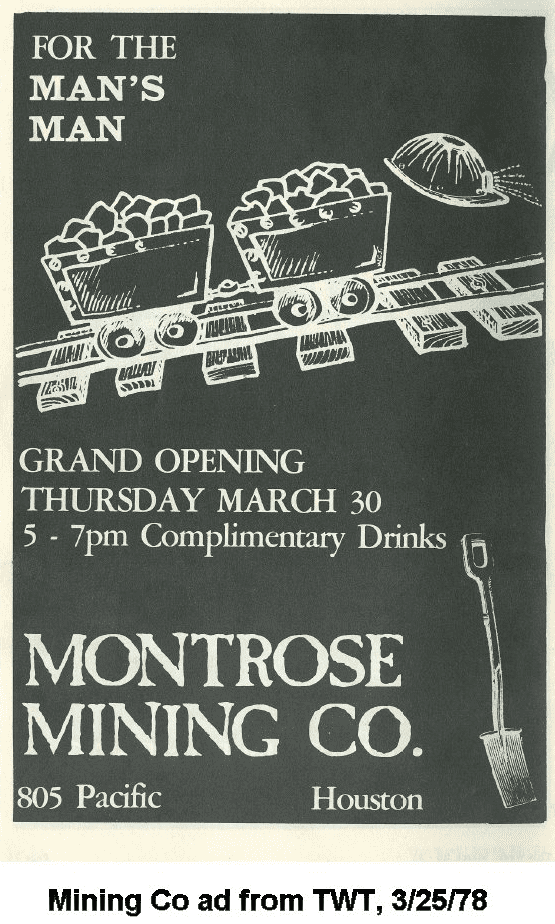