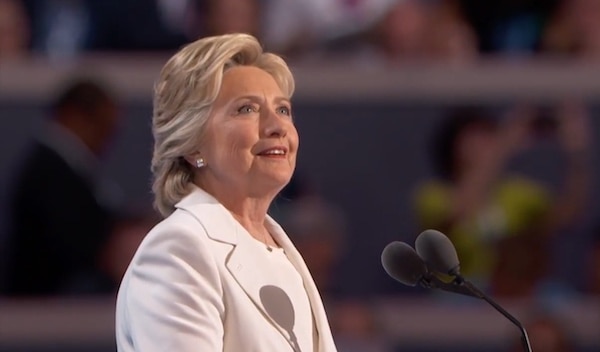 The New York Times endorsed Hillary Clinton in a lengthy op-ed today, promising to explain in another editorial on Monday “why we believe Mr. Trump to be the worst nominee put forward by a major party in modern American history.”

We’re aiming instead to persuade those of you who are hesitating to vote for Mrs. Clinton — because you are reluctant to vote for a Democrat, or for another Clinton, or for a candidate who might appear, on the surface, not to offer change from an establishment that seems indifferent and a political system that seems broken.

Running down the other guy won’t suffice to make that argument. The best case for Hillary Clinton cannot be, and is not, that she isn’t Donald Trump.

The best case is, instead, about the challenges this country faces, and Mrs. Clinton’s capacity to rise to them.

The next president will take office with bigoted, tribalist movements and their leaders on the march. In the Middle East and across Asia, in Russia and Eastern Europe, even in Britain and the United States, war, terrorism and the pressures of globalization are eroding democratic values, fraying alliances and challenging the ideals of tolerance and charity.

The 2016 campaign has brought to the surface the despair and rage of poor and middle-class Americans who say their government has done little to ease the burdens that recession, technological change, foreign competition and war have heaped on their families.

Over 40 years in public life, Hillary Clinton has studied these forces and weighed responses to these problems. Our endorsement is rooted in respect for her intellect, experience, toughness and courage over a career of almost continuous public service, often as the first or only woman in the arena.

In related news, the Cincinnati Enquirer endorsed Clinton on Friday, the first Democrat the Ohio newspaper has endorsed for president since Woodrow Wilson in 1916.