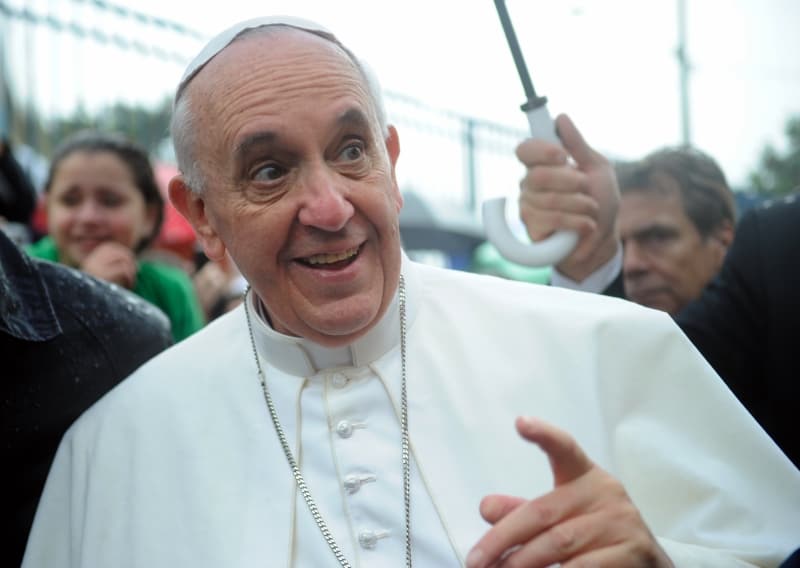 Pope Francis has voiced his support for an anti-gay protest in Mexico over the weekend which was attended by up to 80,000 people.

Despite saying in 2013 that LGBT people should not be “marginalized” and earlier this year suggesting the church should apologize to gay people for how they have been treated by the institution, in April he said there are “no grounds” for comparing same-sex marriages with “traditional marriages.” In August, he spoke out against transgender children, saying “Today in schools, they are teaching this to children — to children! — that everyone can choose their own gender.”

RELATED: Stephen Colbert Weighs In on the Pope’s Remarks About Gays: WATCH

At his weekly Sunday blessing yesterday, Francis said he willingly joined the Mexico protest “in favor of family and life, which in these times require special pastoral and cultural attention around the world.”

According to Telesur, the protest was “organized by Catholics and the ultra-conservative National Front for the Family, who have been calling people to take to the streets to ‘defend their families and children’ against same-sex marriages and adoptions – which are human rights provided by the Mexican constitution.”

LGBT activists and human rights organizations had asked authorities to prevent the protest and punish clergy members leading the demonstration as they are violating the secularity law of Mexico.

On Friday night hundreds of people gathered at the Angel de la Independencia monument in Mexico City which was lit up in pink as part of a demonstration in support of same-sex marriage.

While calling LGBT people “unstable,” Representatives of the National Front for the Family said they respect homosexuality but reject same-sex marriage.

“You cannot claim the freedom of expression right for these kind of protests, especially in a country where members of LGBTQ are already vulnerable to bullying, harassment, intimidation and even death threats.”