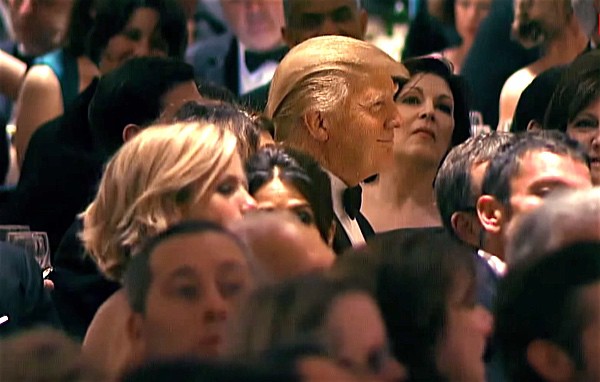 A new Frontline documentary airing next week examines the night that President Obama utterly humiliated Donald Trump at the White House Correspondents Dinner and, Trump advocates say, drove him to run for president.

Says Stone in the preview: “I think that is the night he resolves to run for president. I think that he is kind of motivated by it. ‘Maybe I’ll just run. Maybe I’ll show them all.’”

Also featured in the documentary is Omarosa Manigault, the former Apprentice contestant, who looks as if she’s doing everything to hold back from letting out a wicked cackle: “Every critic, every detractor, will have to bow down to President Trump. It’s everyone who’s ever doubted Donald, who ever disagreed, who ever challenged him. It is the ultimate revenge to become the most powerful man in the universe.”