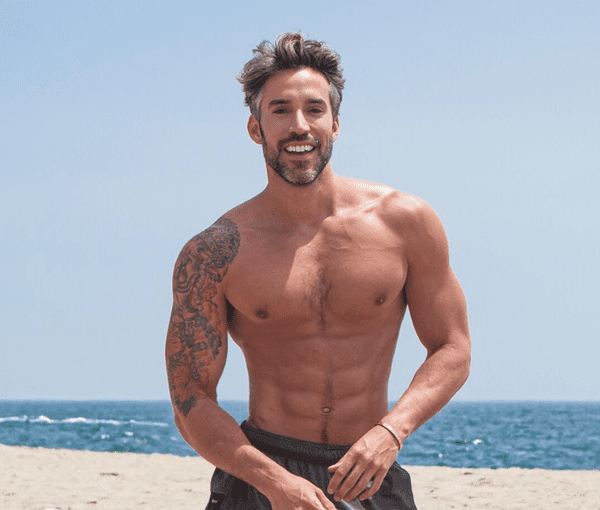 In an Instagram post, Robert Sepulveda, Jr., the star of Logo TV’s Finding Prince Charming, threatened to sue “cyberbullies” for shaming him online about his escort past.

Targeted harassment, shaming and bullying is wrong and against the law – it doesn’t matter the age! Listen closely folks, if you come for me, we will come for you and prosecute you to the fullest extent of the law. BULLYING IS WRONG!
It says more about you and your own insecurities then the people you are bullying. Bullying, shaming and targeted harassment has effects on REAL people and REAL lives. And if you support these people or their actions then you are part of the problem.
In the beautiful words of Martin Luther King: “Darkness cannot drive out darkness; only light can do that. Hate cannot drive out hate; only love can do that.” and on that note….come for me – you’ll be hearing from my attorneys.
#BullyingIsWrong #lovewins

Does he have a case?

For the moment, let’s set aside the fact that Mr. Sepulveda doesn’t appear to understand the Martin Luther King, Jr. quote he appended to his message. Threatening legal action “on that note” of love and compassion strains “the little grey cells,” as Poirot would say. But his post raises several questions: What happened? And does he have any legal action against his alleged harassers?

Here’s what we know. Before the “Finding Prince Charming” premiere, various online outlets reported that Mr. Sepulveda had been an escort.

Some websites called him a former “sex worker”. A gay-oriented celebrity gossip website then unearthed and published graphic photos of Mr. Sepulveda from his days as an escort. This apparently resulted in a flurry of online shaming and ridicule: some trolls shamed him for being an escort, some attacked him for how terrible his show is, and others just appeared to be jealous about his statuesque physique (if that’s your thing).

I couldn’t find any evidence of his life being threatened, of him being attacked for his sexuality, of any cyberstalkers, or of any extortion threats. Nor could I find evidence of doxing (the publication of personal information online) or the misuse of his information for threatening or intimidating purposes. He was shamed for being an escort, something he has put behind him anyway, if it ever was something we should be shaming.

It is also not clear on what basis Mr. Sepulveda’s trolls will be “hearing from” his attorneys. The tort of defamation, when it comes to celebrities, is pretty narrow. It requires that the information being peddled by his defamers be false; but Mr. Sepulveda actually was an escort. He has admitted as much.

Nor is he a victim of “cyberbullies,” as he names his attackers.

Definitions are important. There are a host of definitions of “cyberharassment” or “cyberbullying” milling around. And imprecise and inconsistent definitions frustrate our ability to understand, talk about, and solve the problem.

There are five core elements to that definition: repetition, use of digital technology, intent, targeting, and substantiality of harm.

Cyberbullying is a subcategory of cyberharassment that includes all five of those elements but is focused squarely on youth-to-youth behavior. It can be understood as repeated online expression that is intended to cause substantial harm by one youth or group of youths targeting another with an observed or perceived power imbalance. This definition retains those five factors and adds two important elements: youth and power imbalance, the latter of which is actually common in many forms of cyberharassment.

The asymmetry of power, which could be physical (i.e., an athlete attacking a non-athlete), psychological (i.e., a popular student attacking someone with low self-esteem), or based on identity (i.e., a member of the majority attacking a member of a traditionally marginalized and discriminated minority), draws the line between schoolyard teasing and bullying.

It should come as no surprise, then, that young members of the LGBTQ community are uniquely susceptible to bullying and its tragic consequences. They are bullied because they deviate from the norm and because anti-gay bullying is either tacitly or explicitly condoned by anti-gay bigotry in society at large. This definition of cyberbullying captures the worst online aggressive behavior while excluding the otherwise mean, hateful, and distasteful speech that free speech norms tend to tolerate.

Cyberbullying is, at bottom, cyberharassment involving youth. And it is an epidemic affecting our schools. Most state statutes about cyberbullying reflect this definition.

Mr. Sepulveda has been on the receiving end of unfortunate shaming. We shouldn’t take it upon ourselves to stand in judgment of his choices, as if we have always made perfect ones. But I have found no evidence that Mr. Sepulveda’s attackers have put him in fear for his safety or caused him substantial emotional harm.

The internet can be a terribly uncomfortable, angry, and unsafe place. But we minimize the real victims of cyberharassment–those women targeted by Gamergate who have had to leave their homes because attempted rapists show up at their doors; those members of marginalized groups who have had to silence themselves to protect their toddler-aged children from online death threats; and those adolescents who would rather kill themselves than show up at school or open Facebook again–when we call every hateful comment an incident of “cyberbullying.”

If we lumped together every unfortunate comment online and try to carve out legal responses to stop them, we endanger important free speech values.

By merely putting himself on television, Mr. Sepulveda should not have to deal with the jealousy, animosity, and public shaming from trolls about his escort past. Some state criminal and civil laws may be able to address the publication of his graphic photos without consent. But without more evidence about what happened to him online, his lawyers do not have many options to address the accompanying shaming.

It has to be this way.