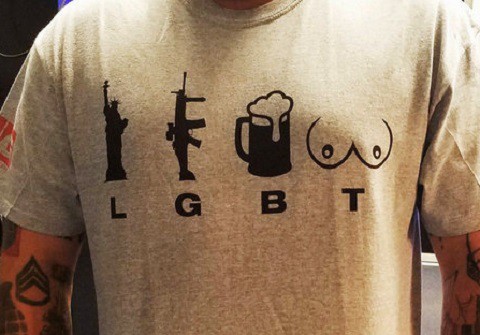 Unhinged right wing conspiracy theorist Alex Jones and his friends at Infowars are offering for sale a charming t-shirt (above), the reverse of which bears an American flag and the message “The Most Patriotic Way To Say F*ck You!”

The site boasts that “with every purchase, a social justice warrior cries.”

The description of the shirt reads, “LIBERTY, GUNS, BEER, and TITS. Say it 5 times fast.”

Infowars ‘reporter’ Joe Biggs has taken to Twitter to relish in the attention the shirt, which he created, has gotten him.

Other t-shirts on sale include this one…

…and these fine examples of mature political discourse.

Don’t forget, this fuckers still in office and will be around for some time. Show your utter disgust in style. 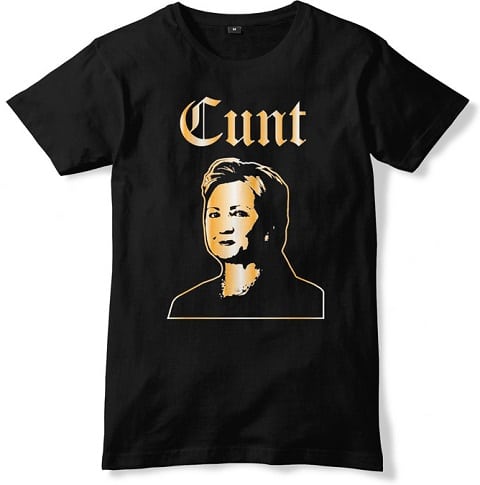 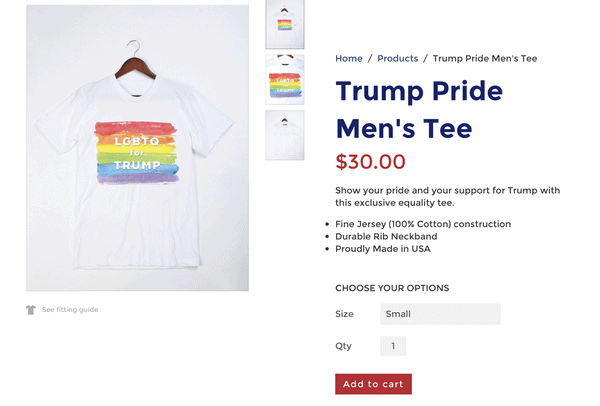 And Trump and InfoWars’ Alex Jones have been known to have a close relationship. Trump has appeared on Jones’ show and, according to Media Matters, has talked personally with Jones in recent weeks.

BREAKING: Alex Jones says that he personally has talked to Trump in recent weeks https://t.co/D2GJMFSC9O pic.twitter.com/IiexGYwPBD

Previous Post: « Beefy Chef Has an Easy New Way to Deliver Your Much-Needed Protein: WATCH
Next Post: Nebraska Man Gets Probation for Burning Gay Couple’s Pride Flag in Front of Their Home »