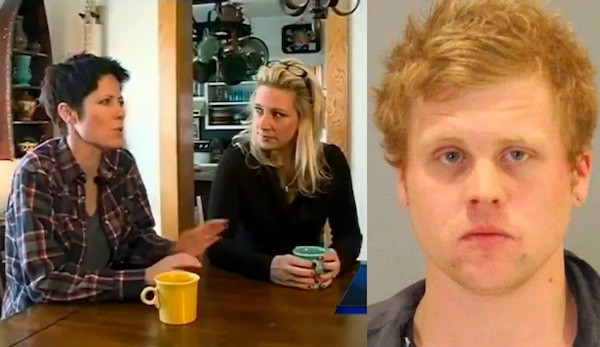 Cameron Mayfield, a 25-year-old Nebraska man, was sentenced to two years probation for stealing and then waving and burning a gay couple’s pride flag in front of their home after he soaked it in gasoline in March 2015.

Before stealing a Gay Pride flag from a lesbian couple’s home in Omaha, Nebraska, setting it on fire and waving it in the street, Cameron Mayfield walked passed several houses with other flags.

Then, he hopped the couple’s front fence, yanked down the flag and returned to his house nearby, where he retrieved a gas can out of the garage. He drenched the flag, set it on fire, and walked back to the couple’s home, where he waved the burning flag in the street.

However, in court this week, Mayfield claimed the March 1, 2015 incident wasn’t a hate crime, saying he didn’t realize it was a gay Pride flag and that he didn’t know the couple was gay. He said he thought the flag was just a spring ornament.

The Omaha World-Herald reported on the sentencing:

Douglas County District Judge Duane Dougherty had found Cameron Mayfield, 25, guilty of third-degree arson motivated by the victim’s sexual orientation, a felony, in April. Dougherty could have sentenced Mayfield to as much as two years in prison and five years of probation.