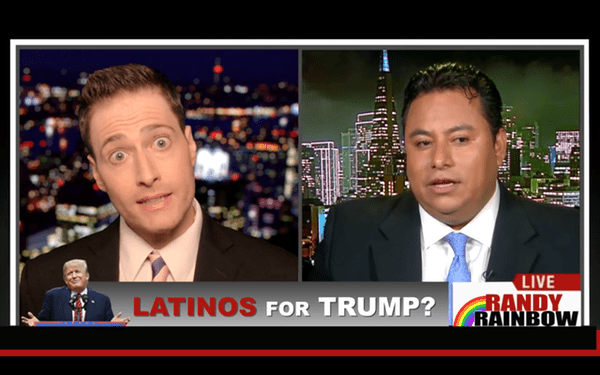 In Randy Rainbow’s latest hard-hitting interview, the seasoned politico took on Latinos for Trump founder Marco Gutierrez to ask him the question on everyone’s mind: “B*tch are you crazy?”

Gutierrez made headlines and sent Twitter into a frenzy over his comments that he is supporting Donald Trump because Latino culture is a “very dominant culture” and that if we’re not careful there will be “taco trucks on every corner” in the United States.

Rainbow spoke for many when he said, “A taco truck on every corner…I don’t know that that would necessarily be a problem so much as it would be a solution to all my problems.”

Watch as Randy, Gutierrez and a second Randy weigh in on this latest head-scratcher from Election 2016.