ALLERGIC TO TRUMP. Hillary Clinton lands one-liner amid coughing spell. “Every time I think of Trump, I get allergic.”

TRUMP. People don’t care about my taxes. “As far as my taxes are concerned, the only one that cares is the press, I will tell you,” Trump said in an interview Monday with ABC’s David Muir that aired Tuesday on “Good Morning America. “And even the press, I tell you, it’s not a big deal.”

WASHINGTON POST. Donald Trump thinks we’re all chumps: “How else to judge his assumption that he can be elected without sharing basic information? He has released no meaningful health records. He has put forward virtually no serious policy proposals. Unlike every other major-party nominee of the modern era, he refuses to release his tax forms.” 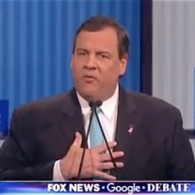 BRIDGEGATE. Trial to begin in New Jersey: “The trial in the George Washington Bridge lane-closing scandal, which is scheduled to open on Thursday with jury selection, will play out like a documentary on the rise and fall of Mr. Christie’s presidential ambitions, a tell-all tale of how he and his aides built his administration and his 2013 re-election campaign with an eye to winning the White House, then scrambled to contain the damage as inquiries into the lane closings began to wreck those hopes.”

MORE TIME OFF. Amazon institutes 30-hour workweek for some employees. “By offering employees more flexibility, Amazon sends the message that life outside of work matters.” 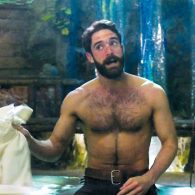 SHE’S GOT SASSE. Kylie Minogue says her fiancé is a champion of gay rights: “He’s so adamant to fight for gay rights in Australia and it’s coming from the most genuine place. He just can’t fathom that same sex marriage hasn’t been legalised and of course I back him up on that, we are waiting for it to happen.”

FRANK BRUNI. The big gay sway. “Public opinion polls leave no doubt that a significant majority of Americans support laws protecting L.G.B.T. people from discrimination and approve of same-sex marriage. But that doesn’t mean that they prioritize the issue and punish politicians with contrary views. The results of many elections suggest that they don’t. I think that’s changing, and 2016 could be the proof of it.” 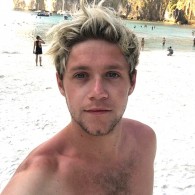 SOUTH AFRICA. Homophobic pastor Steven Anderson can visit the country if he “behaves”. “Legislation and the implications for South Africa were considered, and the department’s earlier decision would stand: he can come, but if he breaks the law through his speeches, or pamphlets, action would be taken. ‘If he contravenes our laws we will detain him, we will consider prosecution,’ said Home Affairs spokesperson Mayihlome Tshwete.”

CAPE KIWANDA. Loser vandals destroy famous Oregon sandstone formation at state park: “David Kalas, a beachgoer, captured a video of three people apparently toppling the sandstone treasure. A fourth sat on the rocks steps away and watched the incident, according to the video. Kalas sent the video to multiple media outlets. Havel said several people have contacted the parks bureau with screenshots of social media accounts and potential leads.”

SPACE. The Rosetta spacecraft has found the Philae Lander wedged into a dark ditch on Comet 67P/Churyumov–Gerasimenko.

ITALY. A golden retriever was pulled from the rubble in Amatrice, Italy 10 days after the earthquake.

TOO HOT FOR TUESDAY. Dancer and model Louis McMiller.