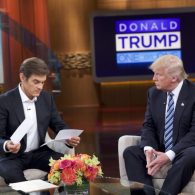 COUNTER POINT. Hillary Clinton releases additional information about her health: “Clinton, 68, received a CT scan on Friday, the letter said. The result showed mild and noncontagious bacterial pneumonia, which Clinton is treating with a 10-day regimen of the medication Levaquin. ‘She is recovering well with antibiotics and rest. She continues to remain healthy and fit to serve as president of the United States,’ Bardack wrote.” 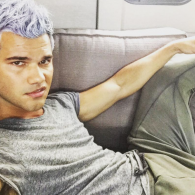 TELEVISION. Is Trump’s ‘beleaguered straight white guy’ having problems in the land of scripted comedies too? “‘[…] on new fall sitcoms like CBS’s “Man With a Plan,” “The Great Indoors” and “Kevin Can Wait,” the male leads are adjusting to new roles or reduced circumstances. Fox’s “Son of Zorn” renders the idea of the throwback man as an actual cartoon.

THE ENTIRE STUDENT BODY WAS UTTERLY GRATEFUL. Student sinks nearly impossible shot and gets everyone in his class a 100 on their first quiz of the year. 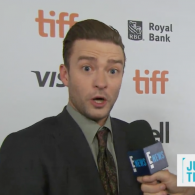 COLLABORATE AND LISTEN. Justin Timberlake says he wants to collaborate with ex Britney Spears after she said she would be into working together: “”She did? Sure! Absolutely, absolutely…I apologize for not being in the know…I’m accessible, give us a call!” 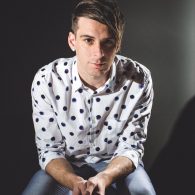 TREY PEARSON. Out gay Christian rocker axed from Christian music festival because staff threatened to walk: “The information about the stage crew came from our production manager,” Diello said. “There was a team of about 14, and he said that about 11 were going to back out. He was trying to get them to change their minds, but it really put our back against the wall. This was just under two weeks out from the event. All of our staff are volunteers, and none of us are paid.”

FLINT. Donald Trump gets chastised by pastor for turning a visit to her church into a political event.

.@realDonaldTrump begins criticizing Clinton during remarks in Flint church, gets cut off by pastor. pic.twitter.com/P0odYUkXsD

Previous Post: « Here’s How to Fact Check Donald Trump in Real Time – WATCH
Next Post: Feast Your Eyes on The Full Trailer for Russell Tovey’s Gay Footballer Movie ‘The Pass’ »