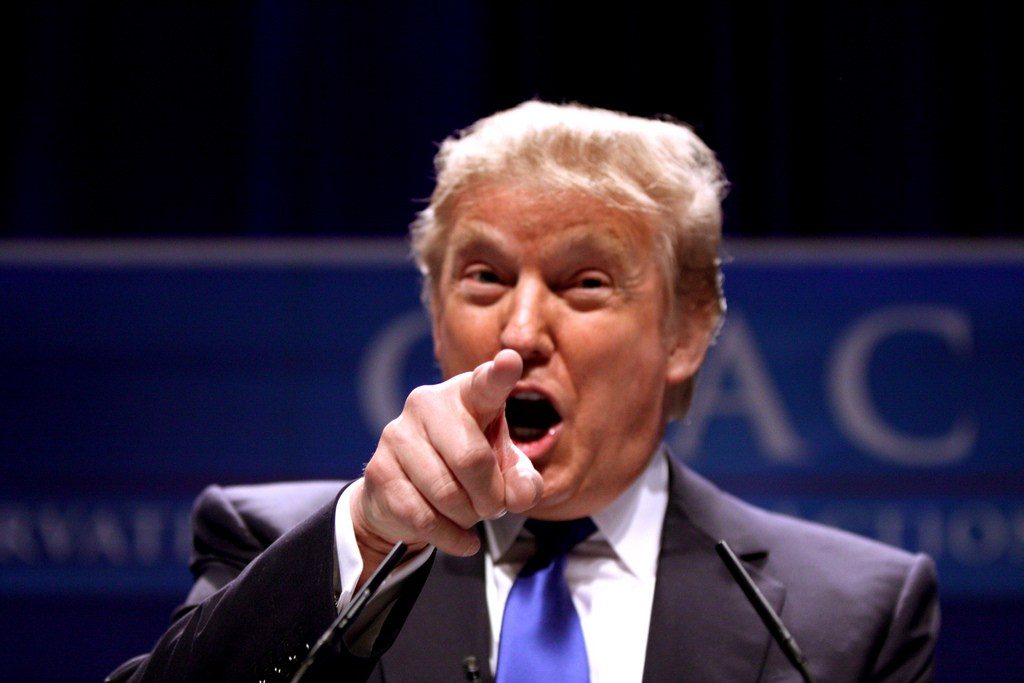 As Andy previously reported, Trump railed against Machado and urged people to watch a (nonexistent) sex tape in which he says Machado appears:

“Anytime you see a story about me or my campaign saying “sources said,” DO NOT believe it. There are no sources, they are just made up lies!…Wow, Crooked Hillary was duped and used by my worst Miss U. Hillary floated her as an “angel” without checking her past, which is terrible!…Using Alicia M in the debate as a paragon of virtue just shows that Crooked Hillary suffers from BAD JUDGEMENT! Hillary was set up by a con… Did Crooked Hillary help disgusting (check out sex tape and past) Alicia M become a U.S. citizen so she could use her in the debate?

ICYMI: In Two-Hour Twitter Rant at 3 am, Donald Trump Urges Voters to Watch a Sex Tape

After many wondered what would compel the Republican nominee to go on a two hour Twitter rant between the hours of 3 and 5 am, Trump responded by writing on Twitter, “For those few people knocking me for tweeting at three o’clock in the morning, at least you know I will be there, awake, to answer the call!”

“The call” Trump seemingly refers to is a call from The White House Situation Room that awakens the president in the event of a crisis that requires his attention.

Bernie Sanders responded quickly to Trump’s tweet, writing, “It’s pretty telling that Donald Trump thinks the problem with his sexist tweets is the time that they were sent.”

It's pretty telling that Donald Trump thinks the problem with his sexist tweets is the time that they were sent. https://t.co/jF09wLSwao

Earlier in the day, Meet The Press moderator Chuck Todd appeared dumbfounded that a nominee for president of the United States would be encouraging people to watch pornography.

"Why is he encouraging people to watch pornography?" is a ? @chucktodd had to ask about a pres candidate today: https://t.co/OrKg8wcKr4 pic.twitter.com/aX9xCbcnZS

Meanwhile, Hillary Clinton called Alicia Machado after Trump’s “strange tweetstorm” to thank her for her courage in the face of Trump’s attacks.

Machado responded to Trump’s attacks on Instagram with a post in Spanish, and also responded with a full press release going after Trump. Said Machado, “I will not be bullied or silenced. I’m standing with women and the Latino community everywhere.”

"I will not be bullied or silenced. I'm standing with women and the Latino community everywhere." pic.twitter.com/oz9vSNlqVr

All of the focus on what Trump does at 3 am reminds us of this skewering of Trump courtesy of The Simpsons.