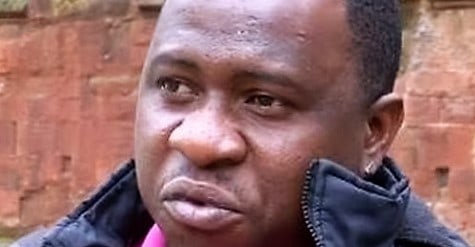 An African asylum seeker in the UK has said he faces deportation because he has not done enough to prove he is gay.

Valerie Ediage, who arrived in the UK from Cameroon six years ago, says his life would be at risk if he returned home. Homosexuality is illegal in Cameroon and those convicted face up to five years in prison.

Ediage, who volunteers at a support group for gay people, told the BBC that he “lived in fear” in Cameroon where “you fear prosecution and torture” for being gay.

Awaiting the outcome of his latest asylum application, Ediage has supplied evidence including intimate photographs with his partner and support letters from gay friends. However, officials have said he hasn’t “given them sufficient evidence.”

Aimee Challenor, the equality spokesman for the Green Party, said:

“Valerie has been a committed member of our community in Coventry. He has been instrumental in setting [up] a LGBT migrant support group in Coventry, he has attended Pride parades in Birmingham. I cannot see how the Government has made this decision.”

Officials declined to respond specifically to Ediage’s case. However, in a statement the Home Office said it remains “committed to improving the asylum process for those claiming asylum on the basis of their sexual orientation and decision-makers are provided with dedicated guidance and training on the management of such claims.”