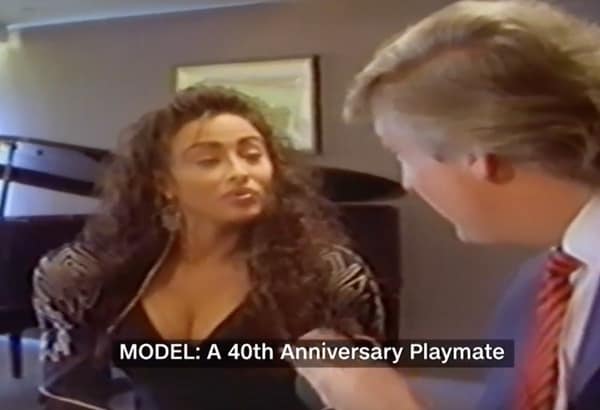 CNN’s KFILE has now uncovered two more Playboy videos in which Trump makes an appearance, including one in which he is depicted photographing fully clothed models with a Polaroid camera and conducting an interview with a potential Playmate.

The scenes featuring Trump do not contain nudity or sexually explicit content, but other scenes in the movie depict fully nude women seductively rubbing themselves in different scenarios.

In one scene, Trump interviews a potential model, asking her what qualities she possesses that would make her the right choice for the 40th anniversary cover.