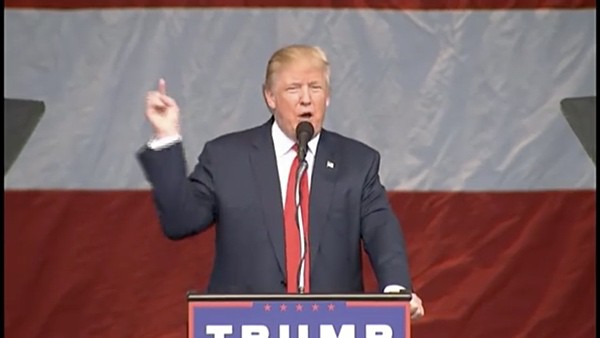 At a rally in Henderson, Nevada on Wednesday, Donald Trump asked terminally ill people to try to hold on a little longer so they can vote for him.

“I don’t care how sick you are. I don’t care if you just came back from the doctor and he gave you the worst possible prognosis, meaning it’s over. You won’t be around in two weeks. Doesn’t matter. Hang out till November 8. Get out and vote. And then, all we’re gonna say is, ‘We love you and we will remember you always.’ Get out and vote.”

The HuffPost adds that “Trump prefaced his comments by saying “I say kiddingly, but I mean it.”

At another appearance in Reno, Trump also tried to educate voters on the pronunciation of Nevada, but unfortunately, Trump’s pronunciation “Nev-AH-da” is wrong and not the one Nevadans use.

Previous Post: « Rosie O’Donnell Ran into Ivanka Trump at a NYC Restaurant and They Had a Talk
Next Post: Warwick Rowers Talk About Dirty Sock Requests, Stripping Down to Fight Homophobia: WATCH »