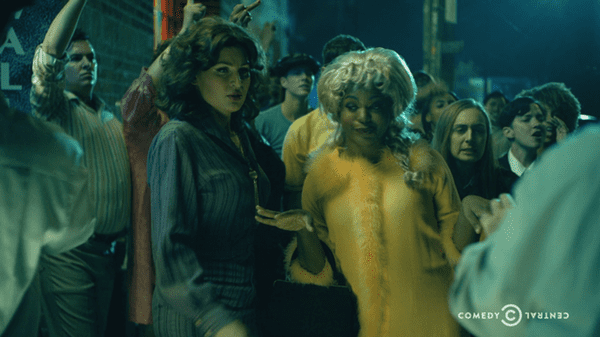 For those unfamiliar, the show has inebriated narrators recount an episode from the annals of American history.

Grey provides a hilarious account of what provoked the riots and the pivotal role played by Johnson in standing up to the police. “She had had enough that motherf—ing day,” Grey says.