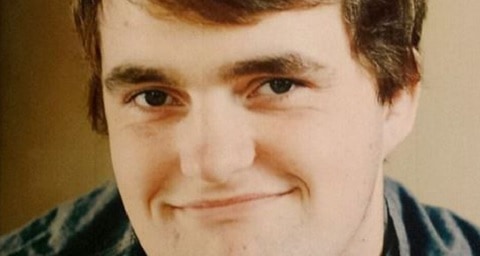 A 20-year-old gay autistic UK man who committed suicide left behind a devastating note describing the abuse and homophobic bullying that led to his death.

Based in Somerset, UK, Jack Ellis’ sister Rebecca shared his story in the hope that it “could help stop this happening to anyone else.”

By any measure, Jack Ellis had more than his fair share of problems during his short life.

The family’s home life was sometimes difficult and by the time Jack was two, his father had died of lung cancer.

Then there was Jack’s battle with his own health. The teenager needed regular insulin injections for diabetes and struggled to cope with his autism. It was this condition that led to him being tormented mercilessly by his peers, and struggling for years to feel accepted.

Jack persevered, taking comfort in his family and friends and his favourite hobby as a train enthusiast….

But as he grew older and began to also identify as a gay man, the bullies also used his sexuality to make him feel ostracised.

By 2013, Jack’s mum Helen decided he was not coping at home and it was decided he should move into a supported housing project in Weston-super-Mare.

The project is run by private company Curo but is funded by the taxpayer.

“Jack had tried to take his own life a few times before moving there,” his sister told Mirror Online. “He really struggled living at home, so when we found a place that could provide care for him, we were hopeful that things would turn around.”

But tragically the family’s hopes were soon shattered.

In his suicide note, which contained “a list of more than 100 names, each followed by the words, ‘I love you,'” Jack described his accommodation as a “torture chamber” and named a man who he alleged groomed and sexually abused him as a child.

Following an inquest into his death, Rebecca’s family believe that Curo was particularly at fault.

“I remember being so positive after meeting the people at Curo. But I knew that things must have been really bad when he told me after living there for a while that he wanted to move back in with mum. The failings were avoidable.”

Jack’s family members were not asked to provide evidence at a case review into his death. Nor have they been shown the results of the review.

Curo declined to comment on the case. In a statement, North Somerset Council said “Jack’s death was a tragic event and our sympathies remain with his family.”