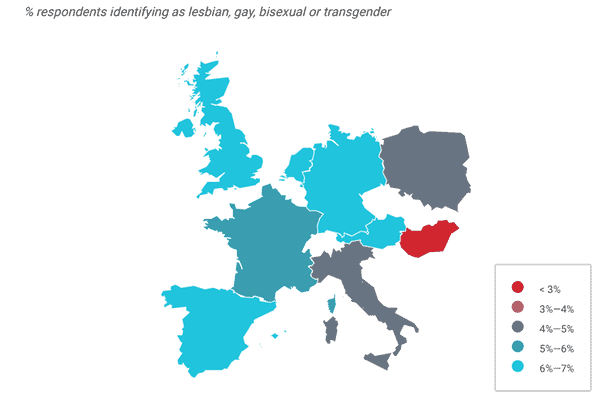 A new survey has found that Germany has the the largest LGBT population of any country in Europe.

More specifically, the survey found that the percentage of Germany’s population that identifies as LGBT is higher than any other nation in Europe.

Put together by firm Dalia Research, the new survey attempted to outmaneuver traditional problems that have prevented census-takers and statisticians from getting a precise snapshot of what Europe’s LGBT and non-heterosexual population look like.

As Dalia points out, census information on individuals’ sexuality is both hard to come by, not standardized in terms of questions asked (it varies from country to country) and also incredibly sensitive.

“Most country censuses don’t ask sexual orientation questions, and the surveys that do attempt to accurately quantify the LGBT population can be stymied by the personal nature of the topic,” the researchers note, adding that, “Even when surveys do collect information about LGBT demographics in a certain region or country, it is difficult to compare the results because responses are very sensitive to how the questions are phrased and what answer options are offered.”

Given those obstacles, Dalia decided to have participants answer questions anonymously about how they identify using web-enabled devices as opposed to asking the questions in face-to-face or phone interviews.

The questions the survey asked were:

The second question was based loosely on the Kinsey scale.

Here were the results:

The results show that 5.9% of Europeans identify as LGBT when asked directly, ranging from 7.4% in Germany to 1.5% in Hungary. However, when we give respondents the opportunity to select a sexual orientation somewhere on the Kinsey scale, we found that the share of people who identify as not only heterosexual is nearly twice as high (10%) as the percent who identify as LGBT from the yes/no question (5.9%). 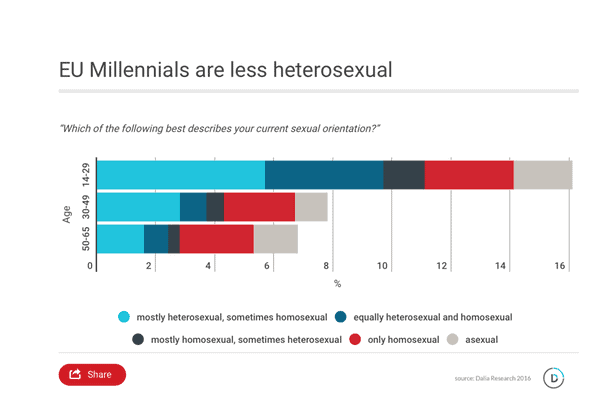 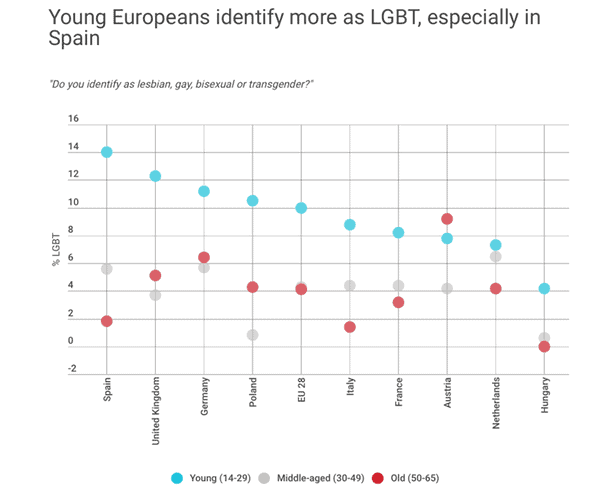 You can read more about the survey here.