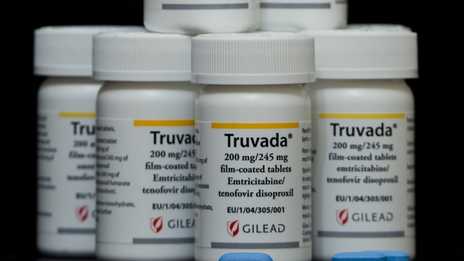 The patient, who is not releasing his name or age to protect his privacy, is a gay man who had been taking the drug daily since January 2016. Hair and blood tests confirmed that he had the appropriate blood levels of the pill’s two drugs — tenofovir and emtricitabine — to offer the nearly 99% protection it offers from the virus when taken daily.

The patient’s long-term partner is HIV-positive but on treatment, with an undetectable viral load in his body. On two occasions and with two separate people, however, the couple had condomless sex with a third person.

Grossman found that the patient’s strain of HIV was resistant to both of the drugs in Truvada, as well as all of the other drugs in its class, which work by blocking one of the enzymes needed by the virus to reproduce. The new strain did not match his partner’s, meaning that the multi-drug-resistant virus must have been transmitted during one of the two sexual encounters.

The man, who is now HIV-positive, is on a mixture of antiretroviral drugs and has his infection under control, Grossman said.

In February, researchers announced the first known case of a daily PrEP user contracting HIV. That patient also contracted a rare drug-resistant form of HIV. He later spoke about his seroconversion with POZ magazine.

PREVIOUSLY: First Gay Man to Contract HIV While on PrEP Speaks Out

Said Mitchell Warren, executive director of AVAC, a global HIV-prevention advocacy group in New York City, “We know PrEP is not 100% effective, and that’s something we need to be saying loudly and clearly. No prevention method — other than abstinence — is.”

Warren suggested more efforts are needed to track the various strains of the virus given how quickly it can mutate.

Grossman and Warren both seemed to caution against panic over the second reported seroconversion.

“Truthfully, PrEP is the best intervention we’ve ever had to prevent HIV,” Grossman said. “I don’t think we’re going to see some huge explosion of failures. I think it’s going to be a sort of trickle, if anything.”

Previous Post: « Germany Has a Larger LGBT Population Than Any Country in Europe
Next Post: Gay Man Kicked Out of Texas Megachurch after Abandoning ‘Ex-Gay’ Conversion Therapy – WATCH »