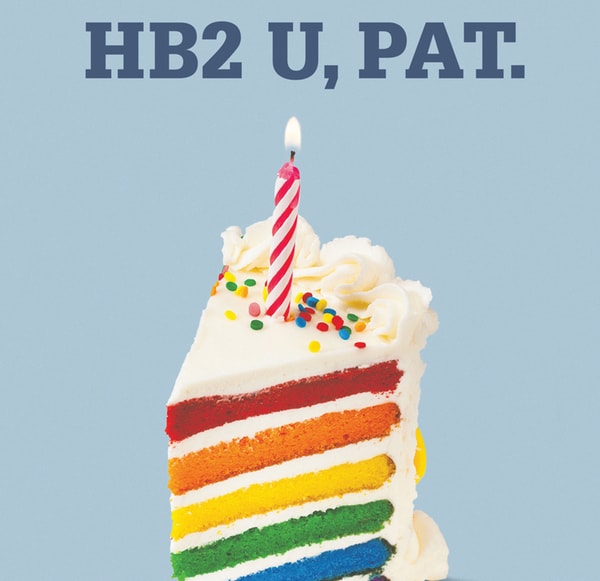 A coalition of artists have taken out a full page ad in Raleigh’s News & Observer trolling Governor Pat McCrory with a birthday message that attacks him for supporting HB 2.

As we have extensively reported, that anti-LGBT law banned all local nondiscrimination ordinances in the tar heel state and prohibits transgender people from using bathrooms that correspond to their gender identity.

The ad reads, “HB2 U, Pat,” invoking a playful take on the name of the bill that has drawn so much ire from human rights advocates across the country and around the world.

Underneath that message is a picture of a rainbow-colored piece of cake.

The ad continues, “Governor McCrory, we send you best wishes today. But the real celebration will begin Nov. 8 when North Carolina votes to move in a more progressive direction.”

“I hope it will have a galvanizing effect as a conversation piece and let the people know that the artists of North Carolina are not in their ivory tower,” writer Allan Gurganus said Sunday. “And this does not represent the North Carolina that we know and write about.”