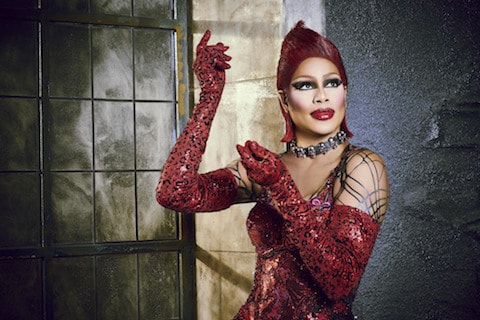 Roll up your fishnets and ready the popcorn, because it’s time to do the Time Warp Again Thursday at 8 p.m. Eastern on Fox. America’s love for televised musicals continues barreling along, this time with a non-live update of the classic cult film The Rocky Horror Picture Show. Trans-activist and Orange Is the New Black star Laverne Cox steps into the heels of Frank-N-Furter, while original Dr. Frank Tim Curry makes a special appearance.

Did you ever wish Shark Tank was just a little bit gayer? You’re in luck! The pitch your business formula gets a makeover on the new Project Runway spin-off series Project Runway: Fashion Startup Thursday 10:30 p.m. Eastern on Lifetime.

Get the Halloween scares started early with a new season of Black Mirror dropping Friday on Netflix. The anthology series tackles a Twilight Zone-esque sci-fi approach to exploring our modern relationship with technology.

Looking for weiner this Saturday? Of course you are. You actually might get a few dick pics out of the 2016 documentary Weiner 9 p.m. on Showtime. The film follows the fallout from former New York politician Anthony Weiner’s first sexting scandal and the chaos that surrounded him as a second scandal broke.