ON THE STUMP. Trump says Hillary Clinton “has to go to jail.” But it’s just a quip, right Kellyanne? “We have a person that has committed crimes that is now running for the presidency.” 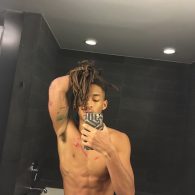 STAR WARS. A new Rogue One trailer will be released tomorrow on GMA.

GROPER-IN-CHIEF. Donald Trump walked into a dressing room at the Miss Teen USA pageant where girls (as young as 15) were changing into swimsuits: “I remember putting on my dress really quick because I was like, ‘Oh my god, there’s a man in here.'” 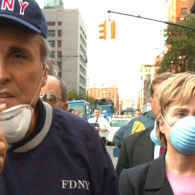 FACT CHECK. Rudy Giuliani says he doesn’t remember seeing Hillary Clinton on 9/11; photo emerges of him next to Clinton within 24 hours of the WTC attack: ““Don’t tell me if you said that you remember Sept. 11, 2001,” Giuliani said. “I remember Sept. 11, 2001. Yes, yes, you helped to get benefits for the people who were injured that day. But I heard her say that she was there that day. I was there that day, I don’t remember seeing Hillary Clinton there.”

ON NEWSSTANDS. Jamie Dornan lets a nip slip and plays in the snow in L’Uomo Vogue. 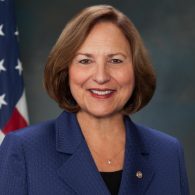 GOP. Flip-flopping Republicans endorse, then un-endorse, then re-endorse Trump:”Sen. Deb Fischer (R-Neb.), Rep. Scott Garrett (R-N.J.) and Rep. Bradley Byrne (R-Ala.) all confirmed on Tuesday that they will support the Republican ticket, even if it’s led by Trump instead of Pence, the governor of Indiana. Sen. John Thune (R-S.D.) said the same day that he would likely vote for Trump. Over the weekend, the four were among the many high-profile Republicans who dropped their support for the nominee, after The Washington Post published 2005 video footage of Trump bragging about using his celebrity status to kiss and grope women without their consent.”

MY DADDY, AND NEBRASKA AND JESUS CHRIST. And Lady Gaga wasn’t happy about it.

.@SenatorFischer you are a female senator supporting misogyny. Putting our daughters in danger. Has your young courage faded?