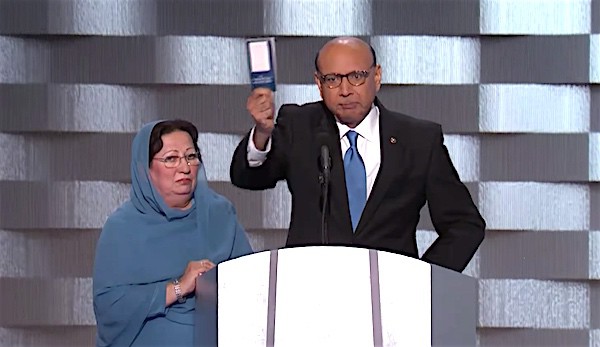 Khizr Khan, the father of slain US Army soldier Capt. Humayun Khan, responded to Donald Trump’s claims about the Iraq war in a statement released during last night’s debate.

Trump lied during the debate and said he was never for the Iraq war. He also made this astonishing claim:

“First of all, Captain Khan is an American hero, and if I were president at that time, he would be alive today, because unlike her, who voted for the war without knowing what she was doing, I would not have had our people in Iraq. Iraq was disaster. So he would have been alive today.”

“We know that our son, Capt. Humayun Khan, is an American hero. We also know that Donald Trump is not telling the truth when he says he was against the Iraq War. Our son served this country with honor and distinction and gave the ultimate sacrifice. The only thing that Donald Trump sacrifices is the truth.”