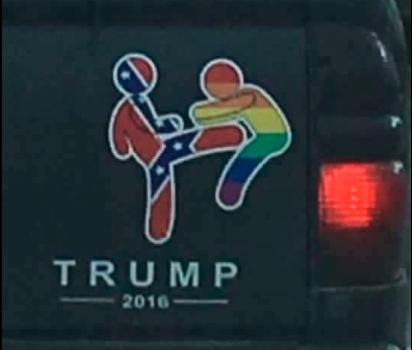 An image of a pro-Trump bumper sticker showing a stick figure swathed in the confederate flag beating up a similar figure emblazoned with the LGBT pride flag has gone viral.

The image circulated online over the weekend and led many to question whether the sticker was in fact real. Reportedly snapped in Orlando, Florida (adding insult to injury), the photo combines a Trump / Pence 2016 bumper sticker with the more offensive anti-LGBT sticker made by a company called Fast Decals.

The company also sold a sticker that had an inverted power dynamic, with an LGBT flag-man beating a confederate flag-man. It is not clear whether this was created in response to the above sticker going viral or whether it was previously available. 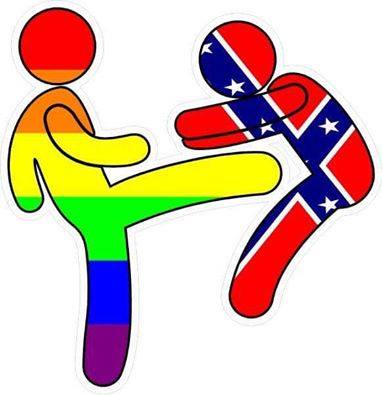 As Attitude notes, Fast Decals has officially stopped selling the sticker in question and instead is now offering a peace sign sticker that combines both the LGBT pride and confederate flags. 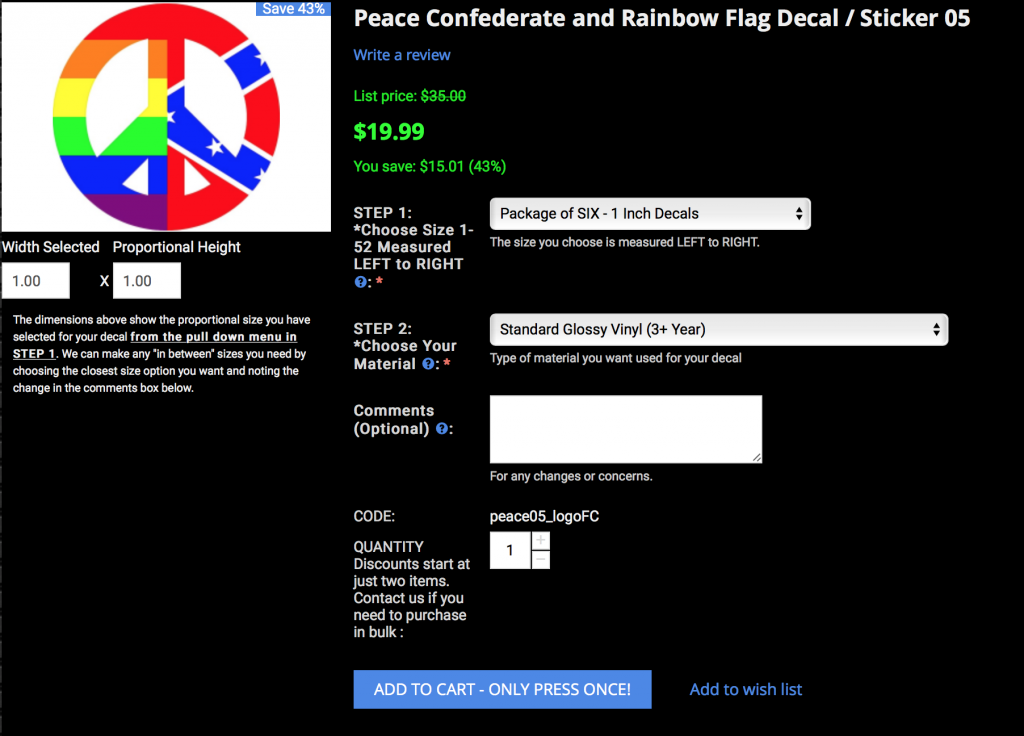 HRC President Chad Griffin was among those who tweeted the image, writing, “This week, @WyoJudyShepard & I warned about hate in this election. Now this in Nashville.” Griffin has since deleted that tweet.

No reporting has corroborated Griffin’s claim that the photo was taken in Nashville.

That the photo was allegedly taken in Orlando can also not be verified at this time.

The image was, however, widely interpreted to be emblematic of the sort of hatred Trump’s campaign has inspired.

This is why all LGBT people and all supporters of LGBT rights need to go out and vote for Hillary Clinton on November 8th. pic.twitter.com/REwrySgvqN