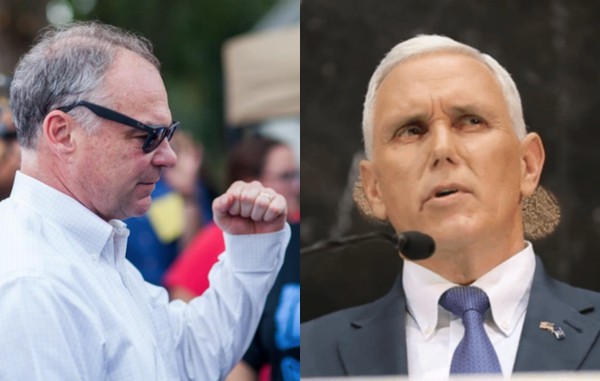 Rachel Maddow wasn’t the only one who saw a missed opportunity to point out a black anti-gay spot in Pence’s career. The NYT pointed it out too:

Mr. Pence’s most controversial moment as a national figure — and the biggest stumble of his political career — came after he signed a law in Indiana that critics had warned would allow businesses to discriminate against gay men and lesbians. Facing an enormous backlash, Mr. Pence first defended the law and then walked it back. The episode seemed likely to tarnish him as a national figure in a lasting way.

But neither Mr. Kaine nor the debate moderator, Elaine Quijano of CBS News, raised the issue Tuesday night. The lone mention of gay rights came when Mr. Kaine noted that Mr. Putin “persecutes L.G.B.T. folks and journalists.” Mr. Pence now appears likely to escape the 2016 election without any extensive airing of this formative moment in his career.

The paper’s other takeaways? Trump and Pence have and uncomfortable split to deal with on Putin, Kaine seemed to channel Biden’s debate style, but didn’t pull it off as well, the nuclear issue could be a difficult one for Trump-Pence to overcome, and how ‘traditional’ the debate seemed overall.