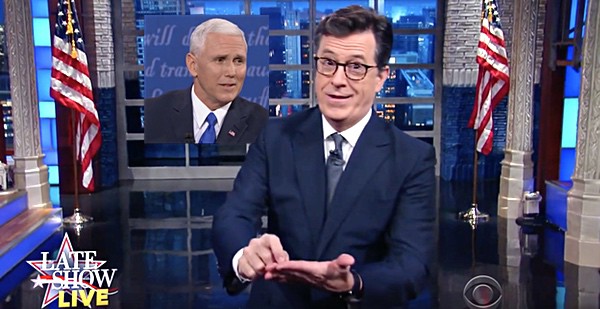 At the open of his show, Stephen Colbert noted that before last night, Americans hardly knew anything about the vice presidential candidates, but said the debate was lacking in edge: “It was like watching a loaf of white bread get pistol whipped by a jar of mayonnaise.”

And though the debate only made one tiny mention of LGBT rights, completely ignoring Pence’s anti-gay record, Colbert made it the centerpiece of his monologue last night.

“As governor, Pence’s record was marked by his ‘religious freedom’ bill that allows businesses to refuse service to gay customers on religious grounds, because, as Jesus himself said, ‘Get out of my pizza parlor, you queers.'”

Colbert also looked at “some surprising admissions from cultural conservative” Pence, before playing a clip of the Indiana governor saying, “I try to spend a little time on my knees every day.”

Finally, Colbert made light of the other odd statement from Pence:

“And when Kaine mentioned Trump’s insults of Mexicans for the fourth time, Pence had the perfect comeback.” 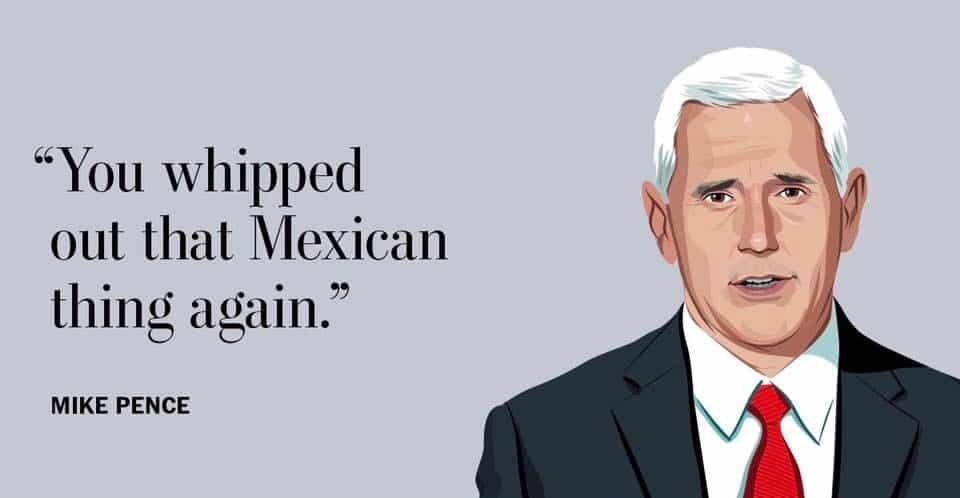 Colbert: “That Mexican thing! It has a name governor! I call it Pedro!”