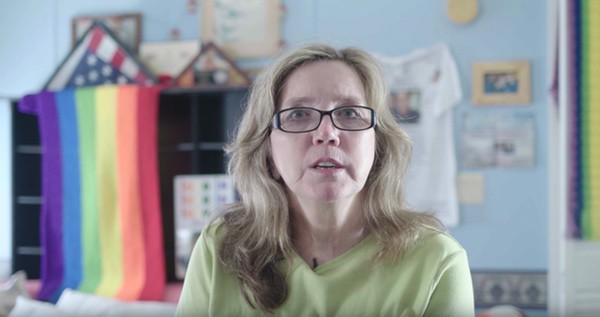 Christine Leinonen, the mother of Orlando shooting victim Christopher Leinonen, who offered a powerful speech at the Democratic Convention about her son’s life and the need for common sense gun laws, speaks out in a new video from HRC for Hillary Clinton.

Christopher was killed with his boyfriend Juan Ramon Guerrero and 47 others at the Pulse nightclub massacre, the deadliest mass shooting in the nation’s history.

Says Leinonen in the ad:

“This is definitely a mother’s worse nightmare, something that you would never have even imagined. Christopher and Juan’s love was like Romeo and Juliet. Unfortunately they died together.”

“He had the kind of personality that brought people together – all people. and that’s why he supported Hillary Clinton. He was impressed with her as a leader. She wants to bring everybody to the table. We have to continue moving forward as an inclusive society. If you love a gay person, if you know someone who is gay and you really truly love them, I don’t know how you could justify a vote for Donald Trump.”

Leinonen concludes by asking people to cast a vote for Christopher and give him a voice.