ATTACKING VETERANS. Trump says veterans with PTSD saying aren’t “strong” enough and that they just “can’t handle it”: “When you talk about the mental health problems, when people come back from war and combat — and they see things that maybe a lot of the folks in this room have seen many times over and you’re strong and you can handle it, but a lot of people can’t handle it.” 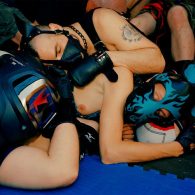 PUPPY PLAY. New photo series on display in Brooklyn, “Alpha, Beta, Omega”, explores the pup play community: “Puppy Play, while born out of the Old Guard leather scene, has become its own community in recent years. It is focused around a primal headspace, often referred to as “Pup space,” that many find extremely comforting. This is the highly sought after mindset where you eschew your human condition and assume the simplified headspace of a dog or young puppy.”

PARIS. Kim Kardashian West says she feared being raped when robbers broke into her apartment and stole $10 million in jewelry.

WIKILEAKS. Julian Assange moves cancelled announcement to Berlin: “Some believe the video announcement by the WikiLeaks founder could be an “October surprise” geared towards the U.S. presidential election. Supporters of GOP presidential candidate Donald Trump have said they believe the announcement will be damaging to the candidacy of Democratic rival Hillary Clinton.”

PNP. Looking at the dangerous connection between Grindr and meth abuse in West Hollywood. 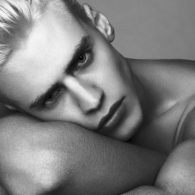 RBG. SCOTUS Justice Ruth Bader Ginsburg shares life advice: ‘In every good marriage,’ she counseled, ‘it helps sometimes to be a little deaf.’ I have followed that advice assiduously, and not only at home through 56 years of a marital partnership nonpareil. I have employed it as well in every workplace, including the Supreme Court. When a thoughtless or unkind word is spoken, best tune out. Reacting in anger or annoyance will not advance one’s ability to persuade.” 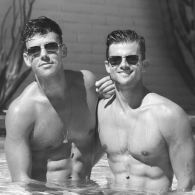 HITCHED. Broadway stars Kyle Dean Massey and Taylor Frey have said ‘I do’: “The longtime couple tied the knot on Saturday night (October 1) in Palm Springs, Calif. Taylor documented the intimate event on his Instagram Stories and Snapchat pages.”

ROYALS BEHAVING BADLY. Prince George doesn’t seem as keen as the rest of the Kensington Palace clan on waving to his fans.

Previous Post: « Mariah on ‘Empire,’ Sarah Jessica Parker Gets A ‘Divorce’ and More TV This Week
Next Post: Ex ‘People’ Writer Talked Tail With Trump, Tells Hillary How To Double Down »