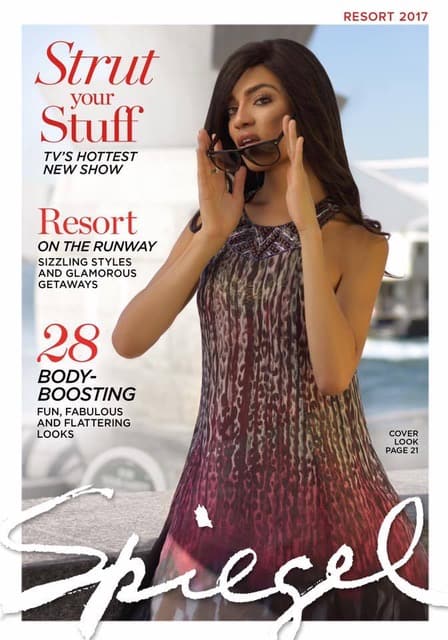 Fashion retailer Spiegel has been mailing its catalog to women across America since 1905, but its latest catalog marks the first time they have used a transgender model on its cover: Arisce Wanzer from Slay Model Management. Slay specifically represents transgender models, and Wanzer also recently appeared on the Oxygen reality series Strut.

A brief history of Spiegel, via their publicist:

“Spiegel mailed its first mail order catalog to women across America in 1905, and just 20 years later, the fashion and furniture retailer had 10 million customers. As their desire grew for the latest fashions, Spiegel sent buyers to Paris fashion shows—the first catalog to bring European trends to American homes. By the late 1970s, millions of women began their steps in the corporate ladder which led to Spiegel adapting to their product needs.”

So proud to be the photographer who captured this groundbreaking cover of @Ariscestocrat 4 @Spiegel1865. #strut @oxygen #historyinthemaking pic.twitter.com/c6m7Nerigc