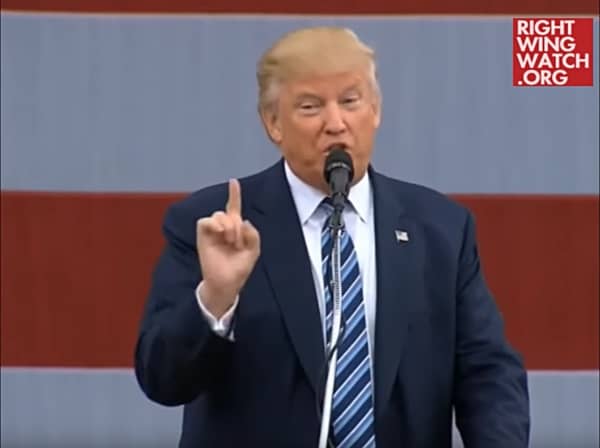 At a rally in Greensboro, North Carolina, Donald Trump continued making assertions that women accusing him of sexual assault have to be lying fame-seekers because they’re not attractive enough to earn his interest, the NYT reports:

He was similarly dismissive of Natasha Stoynoff, a former writer for People magazine who accused Mr. Trump of making sexual advances during an interview. “Check out her Facebook page, you’ll understand,” Mr. Trump said.

Leeds, who appeared in a video interview published by the NYT and Stoynoff are but a small sampling of the women who have come forward to accuse Trump of sexual impropriety.