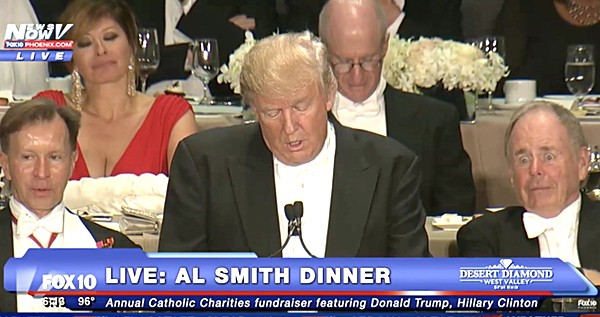 Donald Trump and Hillary Clinton appeared together again tonight at the Alfred E. Smith Memorial Foundation Dinner in New York, an annual white tie gala benefiting Catholic charities at which tradition dictates that presidential candidates poke fun at one another in a humorous and jovial manner during their speeches. 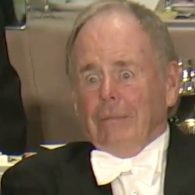 Trump was roundly booed when 10 minutes into his speech, his jokes turned caustic.

Is anyone surprised that Trump didn’t get the memo? Or rather that he chose to ignore it?

Said Trump: “Hillary is so corrupt that she got kicked off the Watergate commission.”

“We’ve learned so much from WikiLeaks,” he added. “For example, Hillary believes that it’s vital to deceive the people by having one public policy and a totally different policy in private.”

“Here she is in public pretending not to hate Catholics,” Trump continued.

Clinton sat composed and smiling as Cardinal Dolan looked the opposite way in dismay: 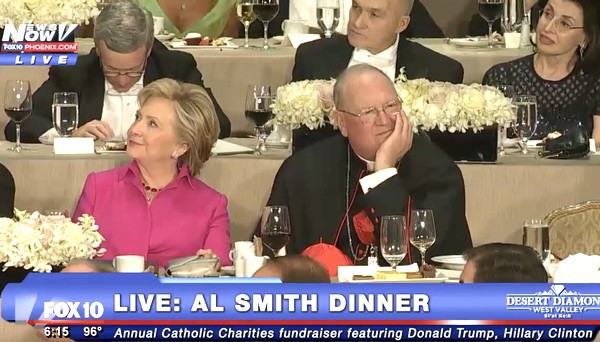 And here is Clinton’s speech.