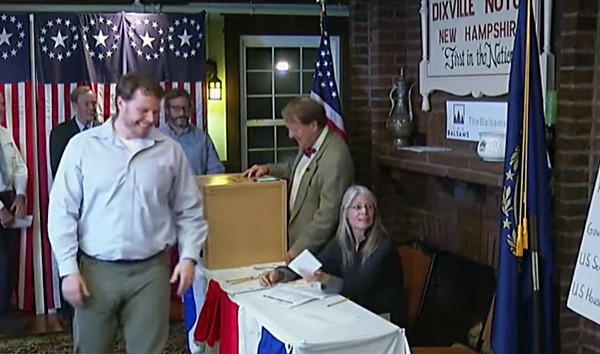 Dixville Notch, New Hampshire carried on the annual tradition of being the first township in the US to vote, casting 8 votes at midnight last night.

The first official results of the 2016 election: 4 votes for Hillary Clinton, 2 for Donald Trump, and one for Gary Johnson.

Two other New Hampshire towns claiming “First” status, Hart’s Location and Millsfield, cast and counted their ballots after midnight Tuesday as well. The grand total for all three gave Trump a 32-to-25 edge over Clinton.