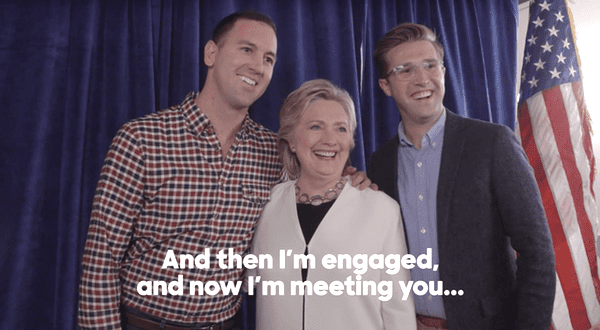 A gay Hillary Clinton campaign staffer got a belated October surprise when his boyfriend of three years proposed to him at a rally for the Democratic nominee in Philadelphia.

In a video created by the Clinton campaign, proposer Greg talks about how he fell in love with Clinton staffer Kyle after they met three years ago in New York.

Greg says that growing up gay, he wasn’t sure if he would ever find someone he could spend the rest of his life with. But quickly after meeting Kyle, Greg says he knew he wanted to be with him forever.

Greg decided to propose to Kyle about three months ago and wanted to incorporate the campaign into his proposal because it’s been such a huge part of their life. With the help of some of Kyle’s colleagues, Greg was able to surprise him at a rally in Philadelphia on November 5 where he popped the question. 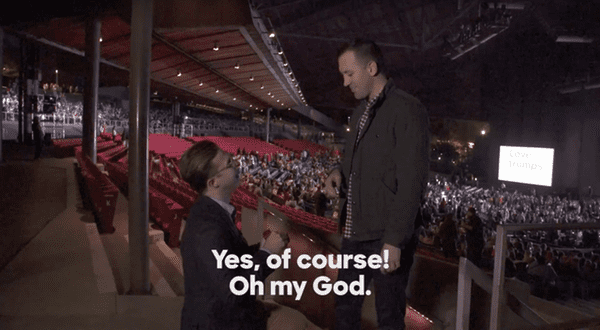 Which was a relief for Greg, who looked a little nervous. 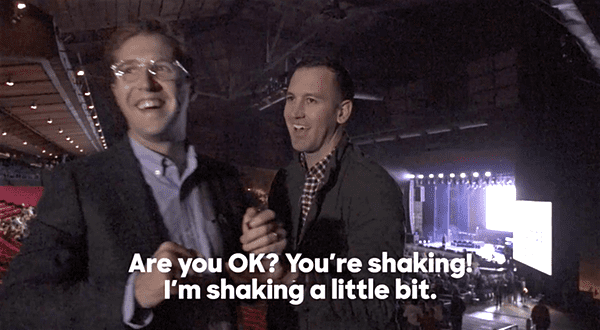 Afterwards, the couple got to meet Clinton, and Kyle shared that Greg had the campaign’s slogan of ‘Stronger Together’ engraved on Kyle’s engagement ring. 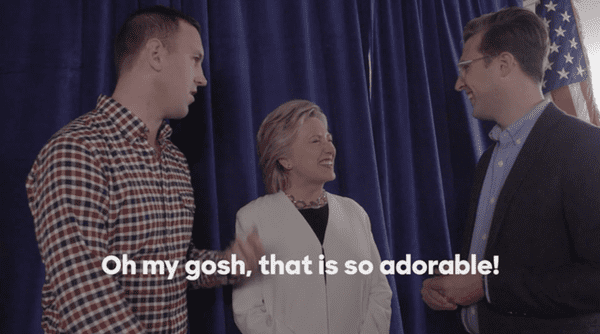