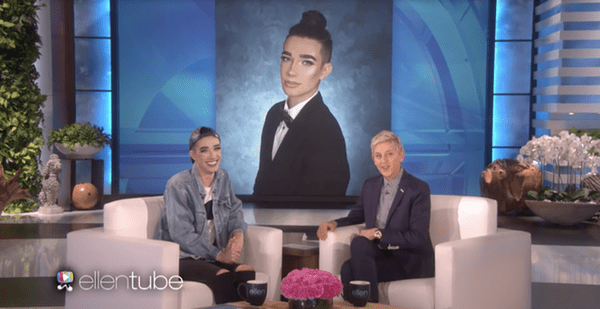 17-year-old aspiring make-up artist and viral sensation James Charles was on The Ellen Show on Monday and talked about coming out, his passion for make-up, and breaking gender stereotypes.

Charles caught the internet’s attention back in September with his senior yearbook photos that were flawless thanks to the help of his trusty ring light.

CoverGirl then hired Charles to be the brand’s first ever male spokesperson/model.

I can finally announce that I am officially a new @COVERGIRL. 🎉🎈 First boy ever & I am so excited to see whats coming! #COVERGIRLJames pic.twitter.com/0wVHJYQ9M9

Charles told Ellen about the story behind his rise to internet celebrity, coming out as gay at the age of 12, why he loves make-up as a boy, and more.