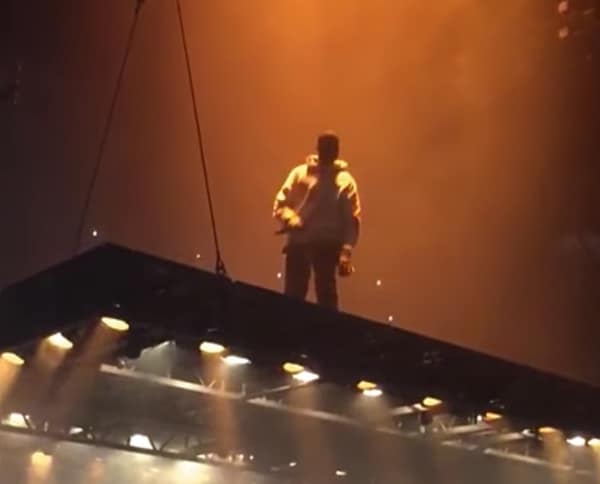 Kanye West told the crowd at a San Jose concert last night that he didn’t vote in the U.S. election, but if he had, he would have voted for Donald Trump.

The statement was just one in many last night about his support for Trump. He also told black people to “stop focusing on racism.”

According to tweets from astonished concertgoers, he also apparently rapped “I hope they build the wall, I hope they get rid of them all.”

So @kanyewest just said he didn't vote but if he did he would vote for trump….

Kanye West just stopped the show again to tell us that Kanye liked Trumps campaign. Someone threw something at Kanye but he isn't mad.

Kanye is praising Donald Trump at his show right now. Said he likes his politically incorrect way of communication.

Kanye is now saying how he loved Trumps debate style. Kanye is glad Trump inspired racists to reveal themselves. "This is the beginning"

Kanye then says "Neither candidate would fix racism in this country" Walks off stage, end of concert. WOW.

Some of the other clips: