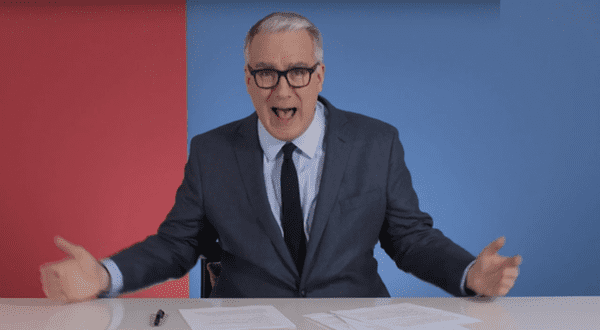 Someone might want to check Keith Olbermann’s blood pressure.

The poor man, like all of us, has been put through it this election and he has had it with all the “f*cking Trump lies.”

“This weekend Trump was an unintentional and almost a complete preview of what a trump presidency would be like,” Olbermann said. “You and your little fascist friends like Rudy Giuliani manipulating the levers of government to try and win elections, presenting to everyone a universe designed to replace truth with imaginary menaces, and phony assassination attempts, and political prosecutions, and the demonizing of criticism, and the insane defiance of reality.”