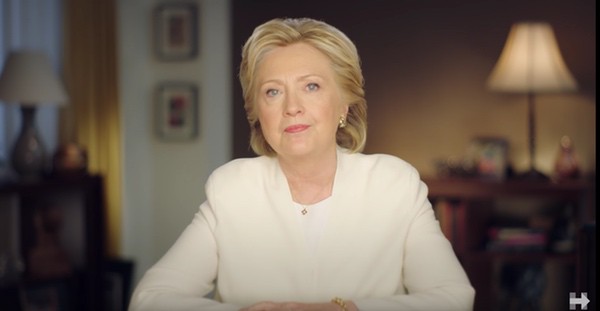 Hillary Clinton released a two-minute video set to air on Monday night on major networks during prime time. In the clip, Clinton speaks directly to voters asking them if they want a “dark and divisive” America or a “hopeful and inclusive” one.

“The spot will air during NBC’s reality singing competition The Voice, and the CBS sitcom Kevin Can Wait, starring Kevin James. The ad is not scheduled to air during ESPN’s Monday Night Football. Donald Trump‘s own two-minute closing ad aired across multiple networks throughout the day during NFL games on Sunday. Trump’s ad will also be seen on The Voice, according to CNN’s Brian Stelter.”