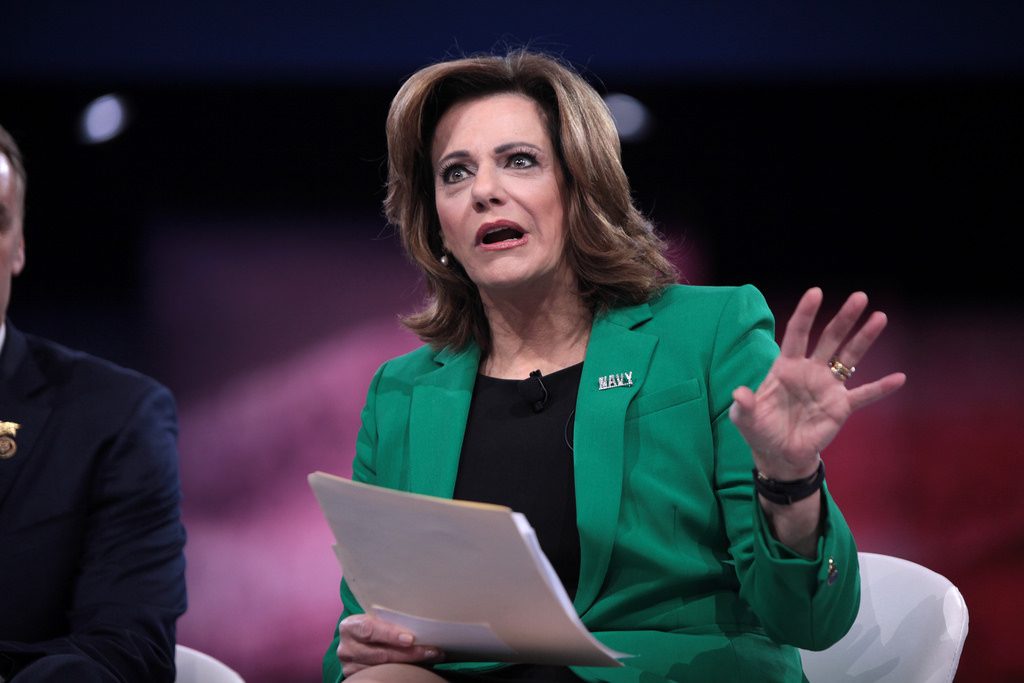 On Friday Donald Trump chose as his deputy national security advisor KT McFarland, a woman who outed her brother as gay to her family as he was dying of AIDS.

Revelations about McFarland’s anti-gay attitudes first emerged in 2006 when McFarland was hoping to be the Republican nominee facing off against Hillary Clinton in her U.S. Senate re-election bid.

A profile piece for New York Times Magazine in 2006, however, reported she “couldn’t abide” her brother being gay. The article unearthed a 1992 letter to her parents in which she reportedly outed her brother, Michael Troia, shortly after she discovered he had AIDS, blamed her family’s troubles as a result of childhood abuse.

“Have you ever wondered why I have never had anything to do with Mike and have never let my daughters see him although we live only fifteen minutes away from each other?” McFarland reportedly wrote. “He has been a lifelong homosexual, most of his relationships brief, fleeting one-night stands.”

Pressed about her brother by New York Magazine for the 2006 profile piece, all McFarland would reportedly say about him was “Ummmm. He was sick and then he died.” According to the article, McFarland said her memory of her father’s behavior toward her family surfaced as a recovered memory and a therapist put her up to writing the letter.

She also said of her brother,

“I was really living a life of going to Central Park with my kids, and he was increasingly living — there was no secret about it — he was openly gay,” […] “I had no problem with that, I loved him. But I was increasingly concerned because he talked about a very promiscuous lifestyle. And it saddened me a great deal.”

McFarland said that she and her brother came from an abusive home–a claim her parents deny. It was that alleged environment that led Michael to be promiscuous, according to McFarland:

“I think the abuse absolutely affected his riskier behavior, his more promiscuous — I don’t want to use the word self-destructive — is there another word like that?” McFarland reportedly said. “I don’t think it’s something that made him gay; he was always gay. That stuff leaves emotional scars on everybody, and everybody copes with it in different ways.”

While McFarland reportedly visited her brother when he was sick and in hospital in the early 90s she did not see him during the last two years of his life.

She said she regretted not being there with him at the end:

“Do I wish I spent more time with him? Of course I do,” McFarland is quoted as saying. “It’s the great regret that I have of my adult life, that I didn’t spend more time with him, that I was not with him in his final months.”

The Blade says Trump’s transition team and McFarland did not offer any comment on their story.

“Log Cabin Republicans opposes outing, and always has,” Angelo said. “Beyond that, family matters should be left to families to work out. All I can say is that my interactions with KT over the years — and there have been many, from my time as chairman of Log Cabin Republicans of New York State to CPAC to today — have always shown me KT supports a big-tent approach to politics.”

So far Trump has chosen as his education secretary an anti-gay marriage activist, and named an anti-gay bigot as head of his transition team–to say nothing of the choosing the most anti-LGBT lawmaker in the country as his VP.

Previous Post: « Billy on the Street Made Lupita Nyong’o Try Stand Up (And It Didn’t Go So Well) – WATCH
Next Post: Dolly Parton Gets In the Holiday Spirit, Mariah Invites Us Into Her World and More TV This Week »